The mother-in-law of Aled Jones has defended him against a claim of inappropriate behaviour and said the allegation is putting her family through "hell".

Elaine Fossett told the MailOnline that the 46-year-old Songs of Praise presenter was "as capable of sexual harassment as Mother Teresa".

Referring to a report of inappropriate behaviour made against her son-in-law, the 74-year-old also said: "It is utterly, utterly appalling.

"It is destroying my family's life... they are going through hell and most undeservedly so." 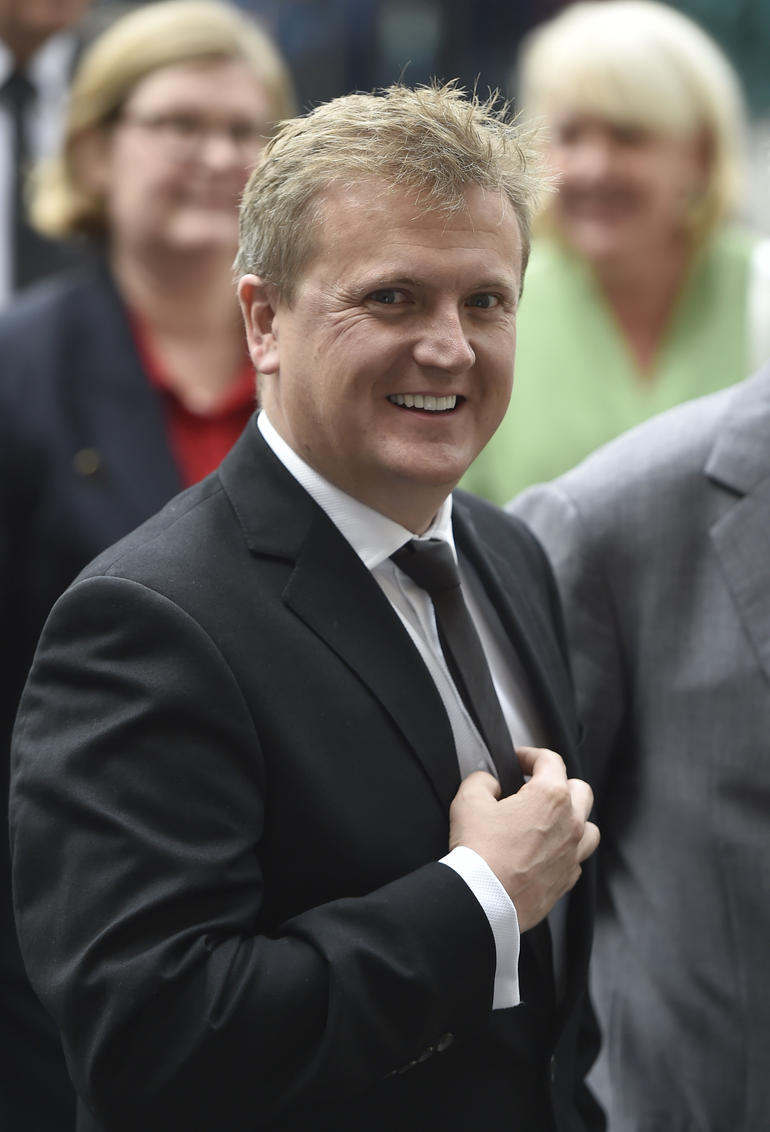 The Walking In The Air singer said on Sunday that he was "deeply sorry" for any upset caused but strongly denied any inappropriate contact.

A spokesman said for Mr Jones, who married his wife Claire in 2001, had voluntarily agreed to stay off-air, pending an investigation by the BBC.

In a statement, they added: "Whilst he accepts that his behaviour over a decade ago was occasionally juvenile, as was that of others, he never intended to harass or distress and he strongly denies any inappropriate contact.

"He is, however, deeply sorry for any upset caused and hopes this matter is resolved soon."

The spokesman said the allegation, which dates back more than a decade, did not relate to broadcast work.