Gay rights campaigners have called for the Catholic Church to remove its stigma against the LGBT community.

Launching the Equal Future campaign in Dublin to coincide with the beginning of the World Meeting of Families (WMOF), campaigner Tiernan Brady said he wants to highlight the damage being done to children and young people.

The campaign is the largest global initiative of LGBT groups, including 60 countries worldwide.

Mr Brady said there is a "clear message" that members of the LGBT community were not welcome at the WMOF event in Dublin.

"We want to highlight the damage that is being done to children and young people as they grow up thinking that to be LGBT would be wrong, a disappointment or just bad luck but none of those are true," he said.

"The sad truth is there is a clear message they are not welcome at the World Meeting of Families.

"LGBT looked to have stands and they were denied.

of this and you are not wanted in here.

"That's not what Catholic people feel and it's about time the upper management caught up with this.

"No child should ever grow up feeling they are less than others if they are or were to discern they are LGBT." 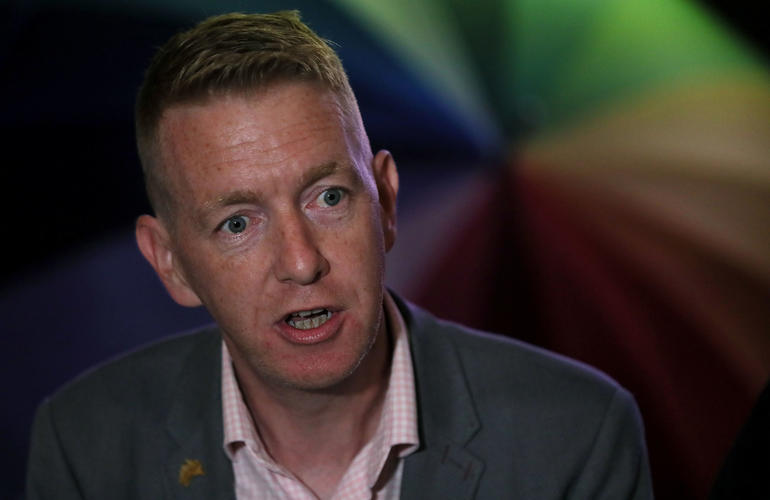 Tiernan Brady, Director of Equal Future, at the launch of the Equal Future 2018 campaign as the World Meeting of Families takes place in Dublin's RDS

The founder and director of the Equality Campaign said he wants to raise awareness of the damage done to young people when the Synod of Bishops takes place at the Vatican in October.

Mr Brady added: "The Synod on Young People is a once-in-a-generation moment for us to shine a light on the role stigma against LGBT in its various forms affects the mental health of children and young people, and has for too long been overlooked.

"It is important for the Church to look at this as part of their stated desire to consider situations where young people face exclusion for social or religious reasons.

"Equal Future 2018 is calling on the Synod on Young People to consider the damage done as a consequence of the Church's teachings and reconsider its teachings on LGBT," Mr Brady said.

Wednesday's press conference, held beside the Royal Dublin Society where the WMOF is being held, heard directly from people from around the world and their experiences growing up Catholic and LGBT.

One of the contributors, Eros Shaw, was raised in a traditional Catholic family in China.

"As my sexual orientation became more and more apparent, stress from studies and uncertainties about the future also became more intensive, as did my feelings of guilt towards my parents," he said.

"But it did not stop my feelings from growing.

"From one day to the next, I struggled in agony.

"Later I participated the events of China Catholic Rainbow community.

"In there I met a great priest friend to be my spiritual director and friends who are seem with my case.

"I feel that I am free from the burden.

"It is not my fault that I am gay, I am also beloved by God." 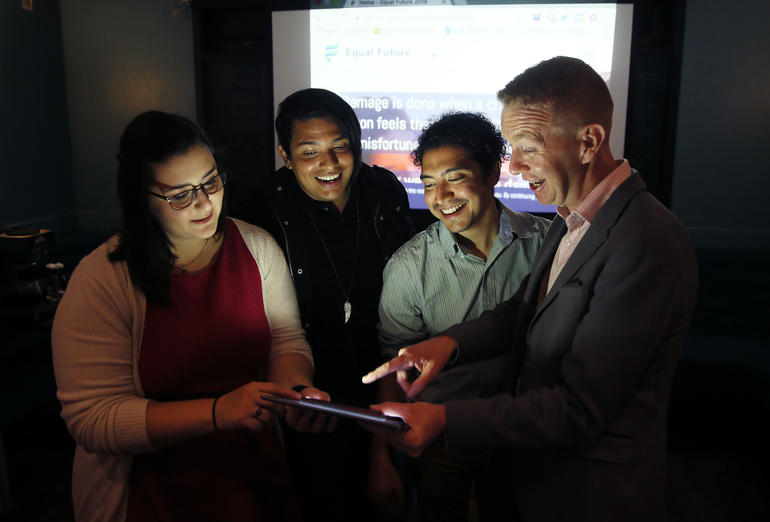 Tiernan Brady (right), Director of Equal Future, with (from left) Emily Dever, a recent graduate of a Catholic Jesuit university who identifies as bisexual/pansexual, Carlos Velasquez, from Venezuela, and Xorje Olivares, host of a radio program focusing on LGBTQ and Latino issues, at the launch of the Equal Future 2018 campaign as the World Meeting of Families takes place in Dublin's RDS.

Xorje Olivares lives in New York where he belongs to what its advocates term a "queer" ministry in a progressive parish.

He grew up along the Texas/Mexico border spending 10 years volunteering as an altar server.

He said: "Towards those later years I already knew I was gay but couldn't quite figure out God's plan for me.

"The Church was no help, nor was my heavily Latino community, both of which were seemingly unwelcoming to kids like me back then, based off of comments made by certain authoritative figures."

On Wednesday evening, members of the LGBT+ community spoke of being welcomed into a parish in central London.

In 2013 LGBT+ Catholics joined the main congregation of Farm Street Church in Mayfair for evening mass.

Since then they contributed to every aspect of liturgical, spiritual and pastoral life of the church.

LGBT+ community member Nick O'Shea said he had been unsure of how to reconcile his beliefs and his sexuality before finding Farm Street.

"I'm from London and the key thing about London is that it's almost easier to be gay than be a Catholic," he said.

"I was lacking a framework for being gay and Catholic and how was I going to live a life that would be pleasing to God."

Then Mr O'Shea said he googled "gay" and "mass" and "London" and learned of the church.

Fr Dominic Robinson said the aim was to create a safe environment for everybody.

"This was part of the whole process of what we call opening our doors," Fr Robinson said.

Mr O'Shea called on more parishes to create an inclusive environment for members of the LGBT+ community.

"If we're not careful churches could be empty and what we've got here is a thriving community of people," Mr O'Shea said.

"Do I think we need a gay mass on every street corner? No, personally I don't but I think what we do need is a welcome in every parish for people who no longer find it easy to associate with the Church."