A Christian marriage specialist has told Premier he is not surprised that the number of people getting married in 2013 fell well below that of 2012.

Harry Benson from the Marriage Foundation was commenting on new figures from the Office for National Statistics (ONS) that show there were 240,854 marriages in England and Wales, a drop of 8.6% compared with 2012.

It has been credited to some extent to superstition, with some couples postponing their nuptials fearing the number 13 was not a 'lucky' number.

Harry Benson from the Marriage Foundation told Premier superstition is not necessarily the case.

He said: "It's not at all obvious that superstition was behind this, there's definitely something funny going on - but the previous year there was a huge rise in marriages - a sort of knock on effect of the Royal Wedding.

"So it's [2013] an unwinding of this Royal Wedding effect, and it's possible that there was some superstition involved." 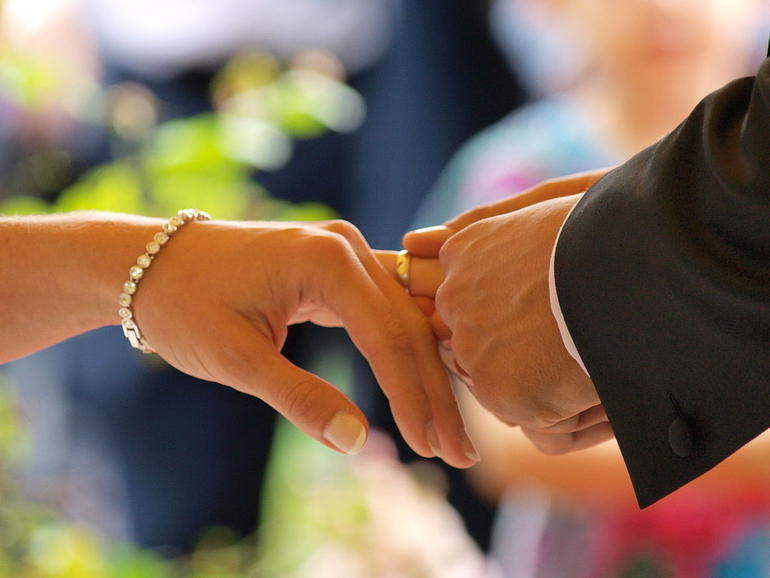 While the number of marriages has been in long-term decline since the 1970s, it had started to rise again in 2009.

Harry Benson also told Premier that the lack of marriages can be linked to disjointed families: "It's pretty disastrous frankly, because we've already slept-walked into a epidemic of family breakdown.

"A quarter of all one-year-old's and half of all teenagers in the UK are not living with both natural parents, we should be deeply shocked by this - and it's not divorce that's caused this epidemic.

"It's the trend away from marriage."

Elizabeth McLaren, a statistician from ONS, said: "When you have the freedom to choose there are probably certain dates you might avoid, like Friday 13th and that sort of thing.

"It is going to be interesting to see whether this is part of a long-term decline or if it will change again."