A retired Anglican priest from Kent has defended his marriage to a man 54 years his junior during an interview on The Jeremy Kyle show.

Rev Philip Clements responded to claims he had been taken advantage of by Florin Marin after being left homeless when the pair split five months after tying the knot.

The 79-year-old former rector and boarding school chaplain had sold his home in Sandwich to buy a flat for the couple in the Romanian capital Bucharest - where 25-year-old Mr Marin is from.

After revealing he had moved back to England with nothing, Rev Clements was asked by ITV's Jeremy Kyle whether he had been made a "fool" of.

Rev Clements said the couple - though still separated - were still trying to make things work, adding "Our relationship has been tested when I haven't had money".

Mr Marin, who met the elderly clergyman on a gay dating website three years ago, denied the idea he was a "gold-digger" who sought to take advantage of him.

Responding to anyone who criticised their relationship, Mr Marin said people should "mind their own business". 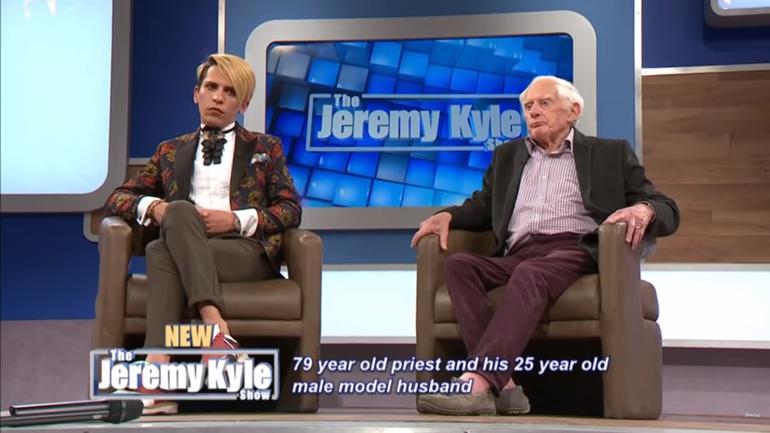 Asked by Kyle, "why did you marry him?," Mr Marin replied, "Because I love him."

Rev Clements said major cracks began to surface during their married life when Mr Marin chose to stay out late at nightclubs.