A man holding a giant wooden cross has been filmed shouting abuse at a former Liberal Democrat councillor who was flying a LGBT pride flag from his balcony.

"You will perish," the unidentified man shouted outside the Bristol home of Christian Martin. "You will be destroyed," the man tells him. 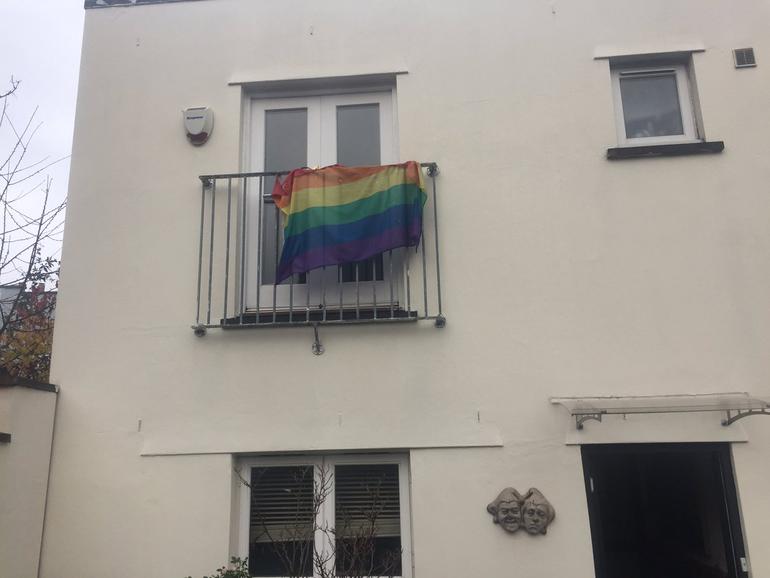 The man says "everything in the city of London will collapse and this country will be brought to ruin unless it turns back to Jesus Christ before it's too late."

He said: "I fly a rainbow flag outside my house to celebrate Bristol's diversity and my sexuality, had so many compliments and thumbs up so never had a problem with it, until today."

His neighbours have since approached him and offered to fly the LGBT pride flag in support of him.

Avon and Somerset police confirmed it was investigating a hate crime incident.

A spokesman told Premier: "A man, carrying a large wooden cross, was filmed shouting abuse towards a house displaying a rainbow flag. Officers have spoken to the occupant of the house to offer support and reassurance.

"We're now looking into whether the occurrence is connected with any other similar incidents which have recently been reported to us."

Officers urged anyone who has been subjected to hate crime to report it.

"We will always support anyone who is victimised and work closely with all communities to stamp out crimes motivated by prejudice and hate," said Inspector Tim Hill.