A short film has been released by a group of churches to highlight the challenges that asylum seekers face in the UK.

A Very British Nativity - which will screen in churches across the country in advent services - is a modern retelling of the nativity story.

It was released by a group representing the Methodist Church, the Baptist Union of Great Britain, the Church of Scotland and the United Reformed Church.

The 3 minute film by the Joint Public Issues Team follows a young Mary and Joseph as they try to find asylum in the UK.

The film was released after figures from the Government were published revealing that most asylum seekers in the UK receive less than £6 a day in financial aid. 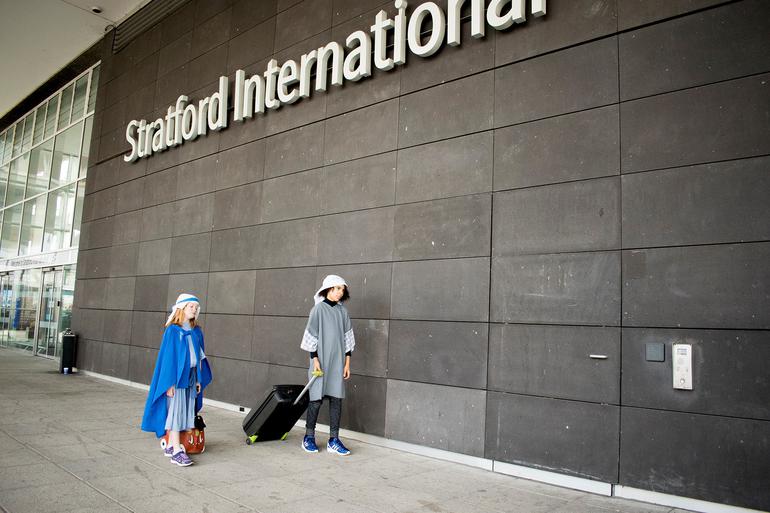 Martha, eight, who attends a Methodist Church and played Mary in the film said:

"Mary must have felt tired because she did so much walking with her suitcase and her baby.

"She would have been sad because she couldn't find a home and worried about her baby.

"I think people should watch this film.

"We all need to help people who have left their home because something bad has happened."

Director of the film and policy adviser for the group, Grace Pengelly, commented: "Our Churches are very concerned about the degrading treatment and challenges faced by asylum seekers in the UK.

"It is sometimes all too easy to forget that many seeking asylum have already experienced a great deal of trauma.

"Rather than providing the standard of care that we would wish for ourselves, many aspects of the UK's asylum system appear to add to the suffering already endured by those seeking refuge.

"Our hope is that in seeing this film people will be more aware of how hard this Christmas will be for some of the poorest members of our society."