Bishop of Manchester calls for prayer after terrorist bomb attack

Rt Rev David Walker said the attack during a concert at the Manchester Arena at around 10.30pm on Monday was not the first time the city had been targeted by terror. 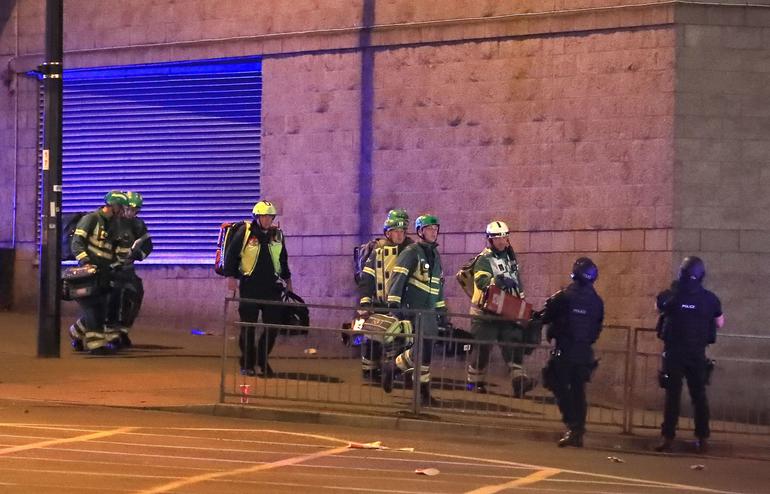 He told Premier: "I'm hoping that churches today will make space for people who want to just come and find somewhere quietly to pray.

"At times of like this, prayer is one way in which we can pour out to God our grief but also go to God to rekindle our hope that we live in a world for which Jesus died and rose again. Nothing, no matter how many killed or injured in a blast can take that central truth away." 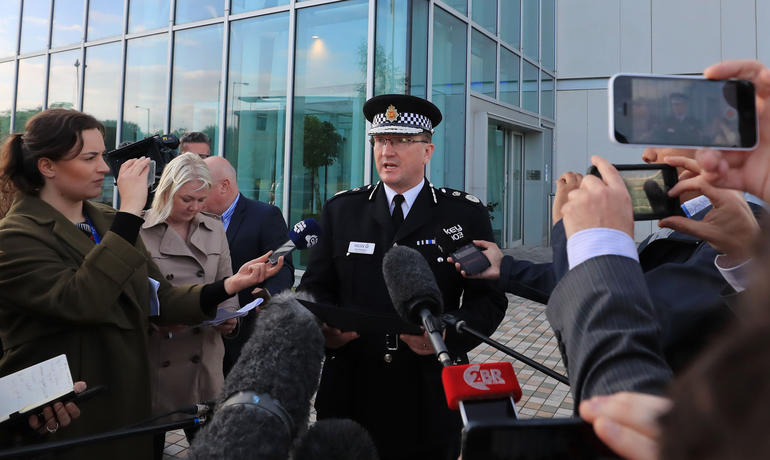 "Families and many young people were out to enjoy a concert at the Manchester Arena and have lost their lives. Our thoughts are with those 22 victims that we now know have died, the 59 people who have been injured and their loved ones. We continue to do all we can to support them." 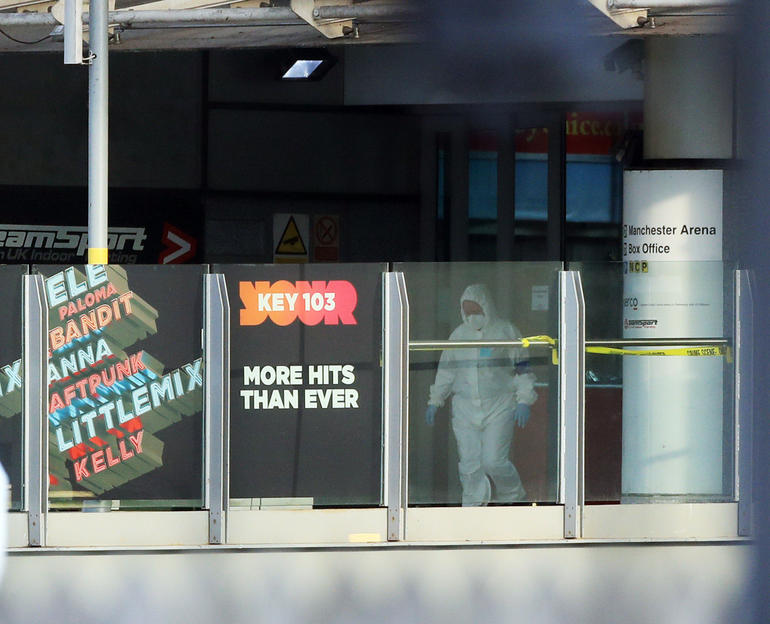 Canon Daniel Burton from Salford's All Saints team ministry and the Vice-chair of St George's Church of England School in Salford said: "Right at the moment, I'm just waiting for news from our local headteacher.

"People need space, they need to be able to do something at a time like this and if people would like to pop into church and light a candle and light a prayer, there will be someone here to talk to them." 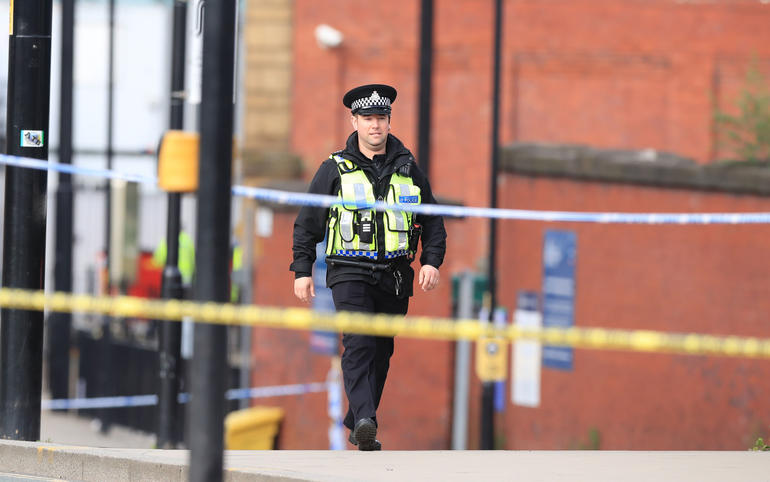 The blast, which occurred minutes after the US singer Ariana Grande had been performing on stage, has been condemned by Home Secretary Amber Rudd as a "barbaric attack, deliberately targeting some of the most vulnerable in our society - young people and children out at a pop concert."

Giving his thoughts of the perpetrator, Christian and terrorism expert Simon Barrett told Premier: "This is what they're after. They're wanting news headlines, they're wanting to grab international media attention. 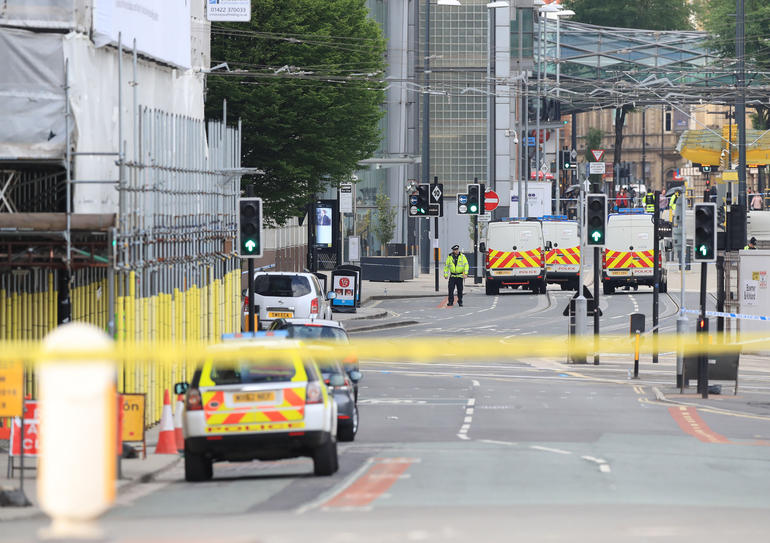 "So, the worst attack they can carry out, the more painful and devastating it is - particularly, targeting teenagers, young girls attending a concert - will maximise headlines."

Bishop David said the city has known terrorist attacks in the past, adding: "All I do know is that the people of Manchester have proven themselves determined and resilient in the past and that these events, they don't drive up apart, they bring us together as we care for one another". 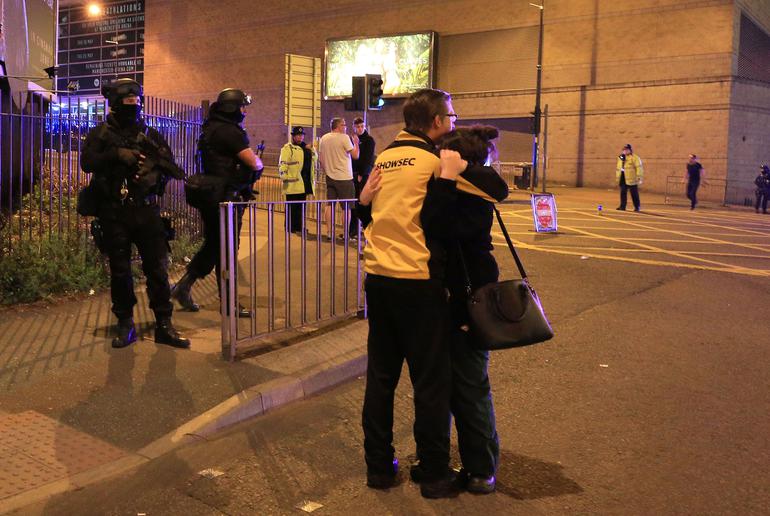 In an incident described by the Prime Minister as "appalling", police say an improvised explosive device was detonated by a man.

Theresa May is due to chair meeting of the Government's emergency Cobra committee at around 9am, while 2017 General Election campaigning has been suspended. 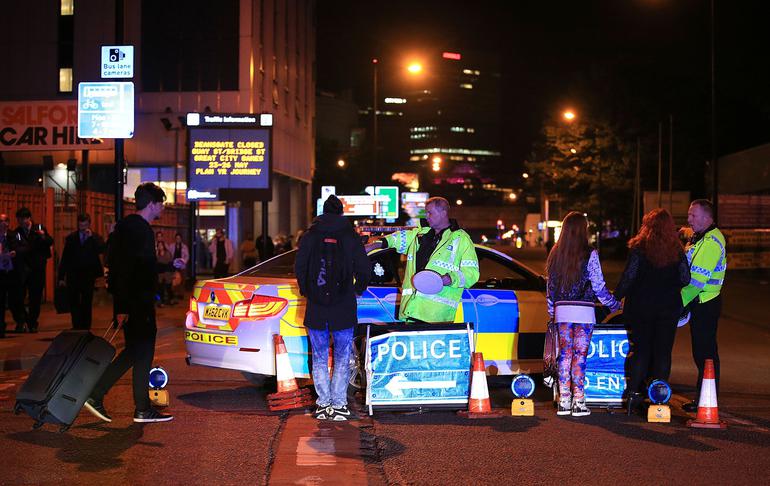 Writing on Twitter, the Archbishop of Canterbury Most Rev Justin Welby said: "Heroic Manchester, dark evil cannot overcome it. We pray for those in sorrow on the hard journey of loss & pain, & for those who protect us."

Editor of Premier Youth and Children's Work magazine Jamie Cutteridge said Ariana Grande has a particularly strong following among youngsters, many of whom will be affected by events in Manchester. 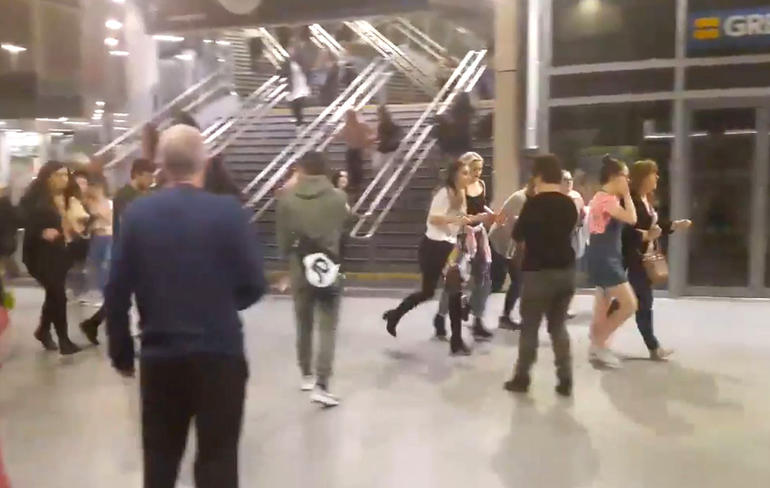 He said: "There will be a lot of children waking up this morning, seeing the news and thinking 'that could have been me', and I'm not sure there have been many tragedies of this magnitude that will have the same impact on children and young people.

"One of things that's perhaps made the event so upsetting is all the pictures coming in and then leaving the concert are of, it seems, of young children, of teenagers of families of parents and particularly young girls."