Bishop of Durham to back remain in EU vote

The Bishop of Durham has revealed to Premier he will be voting to remain in the European Union in this month's referendum.

"I'm quite clear that I think we should remain in Europe," Rt Revd Paul Butler told us.

He said he was "deeply upset" by the level of debate so far, adding that it had been "reduced to being purely either about economics or migration".

"Actually it's a much bigger issue. It's an issue about what kind of people, what kind of nation, do we want to be," he warned.

The referendum was, he said, the most significant vote in his life.

"It's really important that people do weigh up the issues and take time to do that," he said.

"People must make up their own minds and then go out and vote on the day.

"I think a lot of the tone has been very unfortunate, it's become too personalised in some instances. It's become too focused on economics and migration when for me it's about peace and wellbeing of nations together. 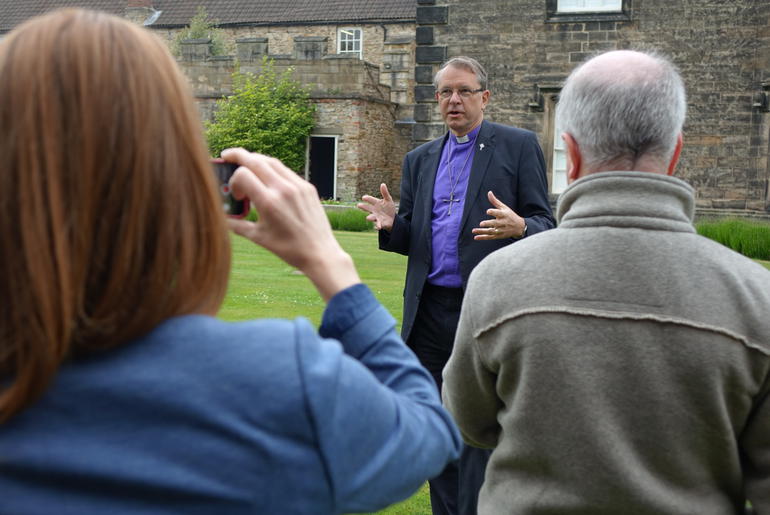 He urged Christians to pray for the nation ahead of the vote.

Bishop Paul follows on from the Archbishop of York who declared on Thursday he will vote to remain.

Dr John Sentamu said his conscience led him to believe a vote to stay in was the right thing.

But there is not consensus in the Church. The former Archbishop of Canterbury Lord Carey has said he will vote to leave.

He used the Bible passages of Moses leading the people of Israel out of captivity in Egypt as a reason to quit.

He said: "There should be no squeamishness about unity, peace and harmony. Many countries contribute to brotherly fellowship and international peace making without surrendering their democratic controls.

"In the case of relationships within the EU, many of us feel that the current structures and arrangements are now causing the very division, conflict and unhappiness that they were created to cure."

The Church of England has not taken an official position on the referendum, but it has issued a special prayer in the lead-up to it.

The Bishop of Durham speaking to Premier's Ian Britton:

Video Has not been found