The Archbishop of Canterbury's fallen victim to a renowned prankster who tried to serenade him with a Justin Bieber song.

The prankster uploaded three-minute-long footage of the prank on YouTube and Facebook where it has gained thousands of views.

In the video, Archbishop Justin is seen smiling before stepping to one side as Marshall starts his rendition of the Canadian pop star's hit. 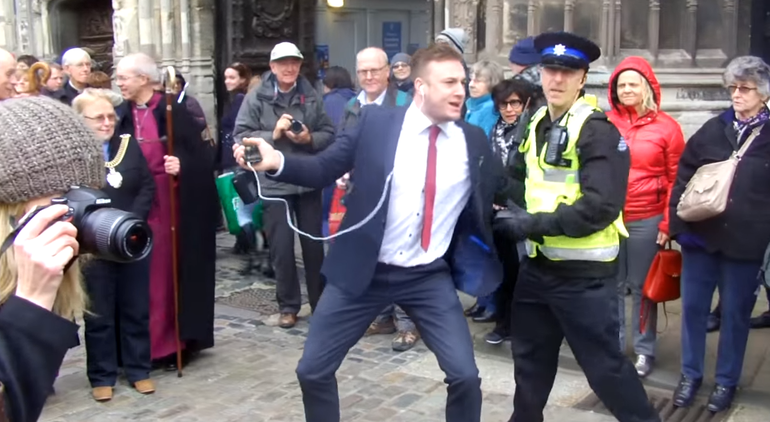 Police stepped in and pulled the prankster away before releasing him without charge.

Lee Marshall said: "I didn't know the Archbishop was going to be there. He smiled at first and then you could see he was a bit wary, obviously he didn't know if I was a threat.

"Then someone wearing a headpiece said, 'Get him out' so off I went." In the footage, an officer is later seen telling Marshall, "Apology accepted, off you go".

The video also sees Marshall - who has a 97,000-strong following on Facebook - sing Bieber's song in shops, restaurants and at some startled-looking strangers in the street.

Marshall has gained popularity for his stunts, which included a half-naked, one-man mobile disco on the M20 during this summer's meltdown of cross-Channel travel services.