The Archbishop of Canterbury met with actress and UNHCR special envoy Angelina Jolie to discuss the refugee crisis on Thursday.

The pair sat down at Lambeth Palace in order to discuss the refugee crisis, sexual violence in conflict and South Sudan. 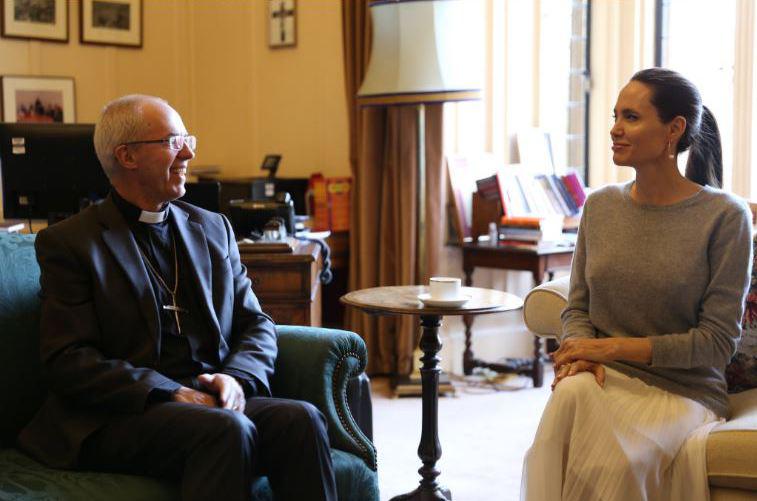 The Oscar-winning actress was appointed as a special envoy for the United Nations High Commissioner for Refugees in 2012.

Archbishop Welby has met Jolie before; they first crossed paths at the opening of the Centre for Peace and Security at the London School of Economics in 2015. At the event, Jolie spoke about ending sexual violence against women in war.

Archbishop Welby said of her at the time that her work with the UN was "extraordinary".

"It's wonderful that she has committed her time, her energy, and has taken great personal risks in order to be able to speak authentically as to what she's done," he said. 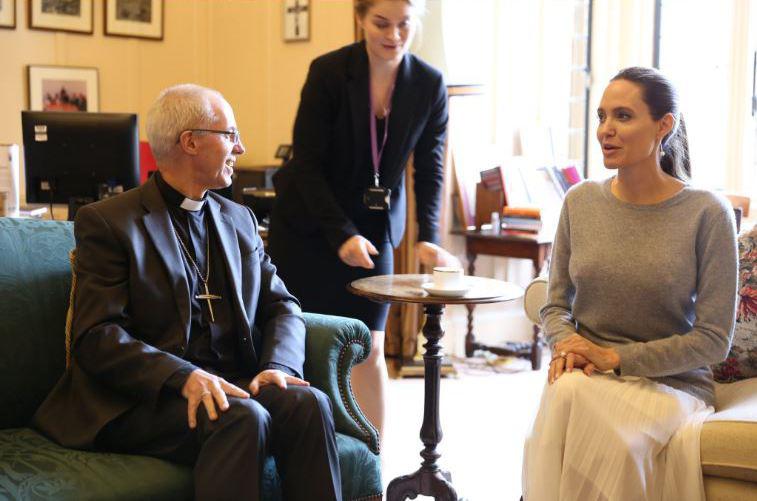 Jolie has been in Europe to mark the fifth anniversary of the Preventing Sexual Violence Initiative launched in 2012.

At a speech in Geneva on Wednesday, she spoke out against the "rising tide of nationalism masquerading as populism."