This Remembrance Sunday is set to be especially memorable for a village in Lancashire, as a soldier's name has finally been added to a village war memorial, tha

Gunner Richard Southworth died in 1920, after the memorial was commissioned and installed in the village. But his name was never added alongside those of his comrades from Mawdesley who made the ultimate sacrifice.

Pupils at St Peter's CofE school were working towards the Archbishop of York's Young Leaders Award when they discovered Gunner Southworth's story.

Headteacher Daniel Ballard told Premier: "The pupils began their year by thinking about the centenary of the Armistice and the Great War. They welcomed guest speakers who spoke of the conditions and the suffering of the soldiers; visited the graveyard around St Peter's Church and also the War Memorial in the village. They also tidied the war graves and left appropriate memorial decorations to commemorate the acts of sacrifice.

"Back in the classroom, and spurred on by class teacher Heidi Jackson, they turned detective and began to investigate why some soldiers were interred in the graveyard but not named on the village war memorial."

The eleven and twelve-year-olds worked alongside the Royal British Legion and the Parish Council which had received a grant to have the war memorial cleaned and refurbished.

The Royal British Legion discovered that Gunner Richard Southworth was wounded in the 1914-1918 conflict and died not long after, on 12th July 1920, aged 35.

Richard was married to Amelia Southworth and the couple lived at New Street, Mawdesley in Lancashire. Gunner Southworth's death occurred after the local war memorial had been commissioned and installed.

"The children have engaged so well with the church and the wider community here in Mawdesley while making a real and tangible change that will be evident for future generations."

Mr Ballard told Premier: "Through the work of pupils participating in the Archbishop's Young Leaders' Award, Gunner Southworth will continue to be recognised for his sacrifice.

"If that isn't an example of our youngsters being the change that we would all want to see in the world, then I don't know what is. I am proud of their tenacity to see justice for this man whose own life was cut short in service to God, King and Country." 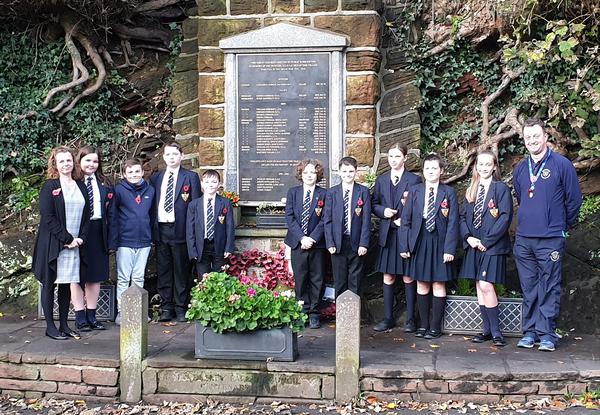 The story of the youngster's detective work was also praised by Rt Rev Julian Henderson, the Bishop of Blackburn, who said: "I was delighted to hear about the diligent work of these young people who first identified the 'missing' serviceman, then worked hard to ensure his name was added to the memorial. I commend them all.

"For Gunner Southworth to be formally recognised in this way nearly 100 years on from his death is a fitting tribute to his sacrifice. Of course, as we approach Remembrance Sunday, this story also reminds us all in a very immediate way of the sacrifices made by so many for the freedoms we enjoy today.

"We should give thanks to God every day for those freedoms and for the people who died to secure them, particularly at this time of year. While, as Christians, we also reflect at this time on how their sacrifices do also mirror the sacrifice of Christ himself, who gave himself to win our freedom."