Two thirds of UK Christians have experienced the supernatural

Sixty-five per cent of UK Christians claim to have experienced the supernatural and 1 in 4 of those have had that experience in the last seven days.

A new study by Christian Research was commissioned ahead of the launch of Mike Pilivachi's new book Everyday Supernatural.

It showed just five per cent did not believe in the supernatural while two thirds felt dark forces could be behind it as well as the divine.

Pilavachi, who heads up the Christian movement Soul Survivor, told Premier's Inspirational Breakfast of a time he experienced the supernatural first hand when God showed him a man in need of help waiting to be collected at an airport. 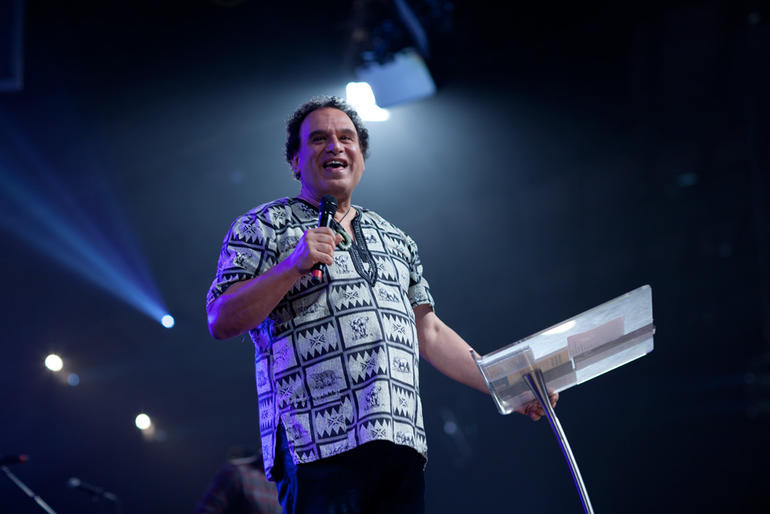 He said: "So we went up to him and I said 'look, we're ever so sorry but we're Christians and we think maybe that Jesus has said to us you need some encouragement right now, and we could pray for you, would that be okay?'

"And he looked shocked, and it turned out he was a pastor from Kenya.

"He'd just arrived in Stansted Airport to take on being a pastor... and he was waiting for two of the elders of the church to collect him.

"They were late and he was standing there and he said 'I've been standing here thinking to myself what am I thinking coming to a new country, to a place I don't know, to a church I don't know?'

"He said 'I've been standing here and I've been saying Lord before they come can you just give me some encouragement this is the right thing?' "

According to respondents experiences ranged from a feeling of God's presence during prayer, at communion or mass, to observance of physical effects of the supernatural or miracles.

Most of the experiences involved answered prayer and healing.

Mike Pilavachi said that many people think it has to take place on a big stage or involves falling on the floor.

He told Premier that two in every three Christians feel any over emphasis on 'miracles' can give Christians a bad name and stressed that it was important to be honest and realistic.

He said: "I think sometimes when we make claims... that are very exaggerated, that just sound a little bit ridiculous, that can bring us into disrepute - I think we need to have integrity and honesty."

He is calling on Christians to embrace the supernatural.

"I think actually for those who aren't Christians it's much easier [to understand] than for those who've been brought up in the church all their lives, and not experienced that," he said.

"I think for us [Christians] we try and explain all the time, we try and de-mythologise, we try to make a point of not hyping anything," he said.

Next summer Soul Survivor is launching a new conference called Naturally Supernatural for the whole Church to embrace it.