Trump evangelical adviser: it would be immoral to withdraw from president following Charlottesville criticism

Johnnie Moore, an author and religious freedom campaigner is one of a number of Christian leaders who have the ear of the White House when it comes to faith matters.

This week, there have been a number of calls for these leaders to denounce Donald Trump and withdraw from their positions of influence after concerns from some that the president didn't do enough to condemn the white supremacists and neo-Nazis who marched through the Virginia town where one counter-protester died.

While a number of business leaders have stepped down as advisers to the president, the evangelical leaders have remained steadfast.

Moore claims much of the criticism of the president this week has been unfair.

"He could have said any possible thing and people would have predetermined their opinions.

"I don't know how many times you have to condemn white supremacy and racism and neo-Nazism and white nationalism before people take you at your word.

"He's now given three public statements in as many days condemning all these things."

But while Moore is quick to defend the president, he admitted mistakes were made.

He said: "This is a White House which genuinely desires to see the wellbeing of all Americans.

"That's not to say they do everything perfectly.

"I think there were lots and lots of mistakes over the last few days but I also think there were attempts to take a terrible tragedy, bigotry in its egregious form, and to use it for political reasons and that's equally deserving of criticism." 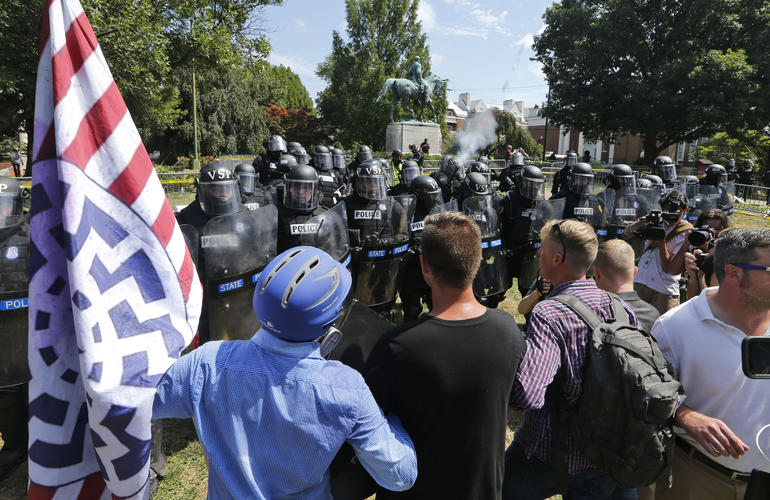 Speaking more widely on the issue of Charlottesville Moore told Premier that the whole country needs to bear responsibility for what happened and all need to condemn it.

"Republicans and Democrats; Liberals and Conservatives; religious people and those who aren't religious; politicians, activists, the administration and the media included, all of us responded in unhelpful ways, too emotionally, insensitively.

"There is a way of condemning bigotry and hatred that pursues national healing and unity and doesn't cause further conflict."

While criticism has also been levelled at Christian leaders for not speaking out strongly against what happened in Charlottesville, Moore says he doesn't know one evangelical who hasn't condemned what happened.

Instead he says many have decided to take a different approach rather than just speaking out.

He said: "Nearly every evangelical I know hasn't given a passing thought to politics since all this happened.

"We've been focussed on ministry and reaching across the aisle."

"This is a moment for the church to be the church and even those who are in a position of advising the white house - that's what we're doing.