The poor with no insurance are devastated: Cumbria church worker

A church worker in Cumbria, who has been helping to support victims of flooding, has told Premier that many poor people have lost everything because they did no

Storm Desmond has broken records for rainfall, with 40.5cm coming down in Thirlmere over a period of 48 hours.

Earlier Cumbria Police said a body had been recovered from the River Kent near Kendal, following reports that an elderly man had fallen into the water on Sunday.

Jonny Gios, from Sandylands Methodist Church in Kendal, told Premier the floods have had a devastating impact.

"There are lots of people who are not insured for their contents and are understandably very, very upset."

He believes the Prime Minister needs to act so that these people don't suffer when more extreme weather occurs in the future: "I think this is going to get more and more and more.

"We need to get plans in and community support so that when this does happen we can respond better and help those who can't afford to be insured. I think that's something that we have to look at on a government level."

Talks are due to take place between churches and the council on Monday evening, in an attempt to help affected families recover in time for Christmas. 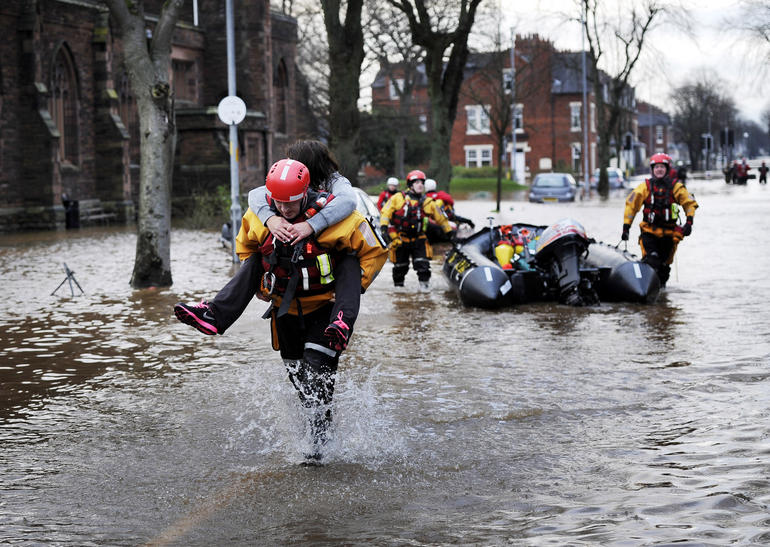 The Church of England's Urban Officer for Carlisle, Rev. Alun Jones, explained how Christians across the country can help.

"Provide blankets, food and pillows - and pray, of course."

Mr Gios descriped the scene in Kendal as chaotic.

"Bedlam is the word. The church and the community are really pulling together here in Kendal. People are starting to bring furniture out onto the streets. The road sweepers are sweeping up the streets, which are full of stones, rocks and goodness knows what.

"We are trying to coordinate things here from the church, and once we have bought the cleaning materials we're going out and then we need to find more, so we've just put a big order in for more; brushes, mops things like that." 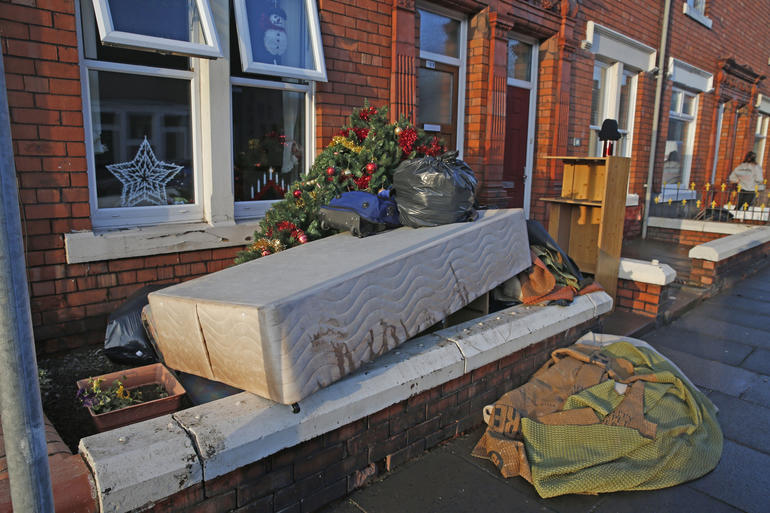 People's belongings, including a Christmas Tree, stacked up outside a house in Carlisle after flooding hit the town.

The Government will "look again" at flood defences and has faced criticism for building new barriers following severe flooding in 2005, which were unable to keep the latest weather at bay.

But Rev. Jones believes people need to remain rational: "It is very difficult to plan for mother nature.