Previously called the 'Easter Egg Trail', the nationwide event for children is returning as the 'Great British Egg Hunt' this year.

Dr John Sentamu told the Daily Telegraph: "To drop Easter from Cadbury's Easter Egg Hunt in my book is tantamount to spitting on the grave of Cadbury."

"If people visited Birmingham today in the Cadbury World they will discover how Cadbury's Christian faith influenced his industrial output.

"He built houses for all his workers, he built a church, he made provision for schools. It is obvious that for him Jesus and justice were two sides of the one coin."

Prime Minister Theresa May also condemned the decision to drop the word Easter from the egg hunt as "absolutely ridiculous".

Mrs May told ITV News: "I'm not just a vicar's daughter - I'm a member of the National Trust as well.

"I think the stance they have taken is absolutely ridiculous. I don't know what they are thinking about frankly.

"Easter's very important. It's important to me. It's a very important festival for the Christian faith for millions across the world. So I think what the National Trust is doing is frankly just ridiculous." 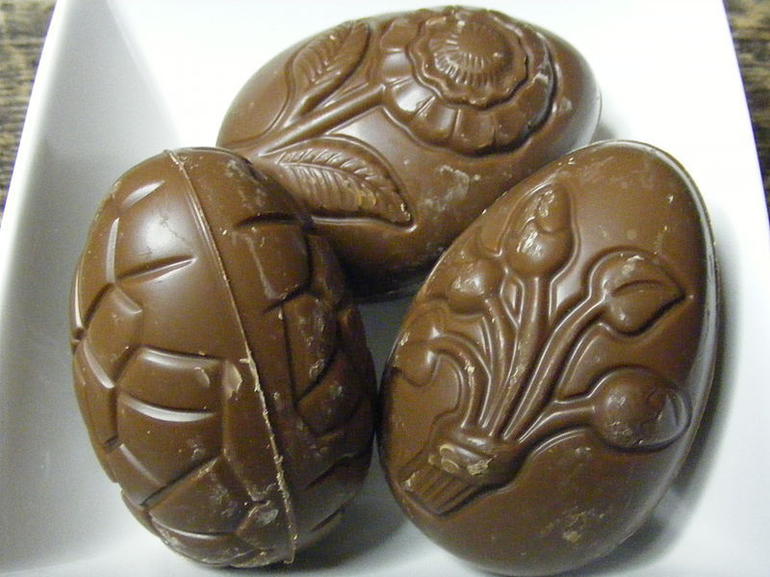 Some 300 egg hunts at National Trust properties across the county are expected to attract hundreds of thousands of youngsters this Easter.

A National Trust spokesman said: "It's nonsense to suggest the National Trust is downplaying the significance of Easter. Nothing could be further from the truth.

"A casual glance at our website will see dozens of references to Easter throughout.

The National Trust also said Cadbury, which was founded by Quaker John Cadbury in 1824, was taking the "lead on the branding and wording".

A Cadbury spokeswoman said: "It is simply not true to claim that we have removed the word 'Easter' from our marketing and communication materials.

"Each year our Easter campaigns have a different name and this year our seasonal campaign is called the Cadbury's Great British Egg Hunt.

"It is clear to see that within our communications and marketing we clearly state the word Easter and include it in a number of promotional materials, including our website, where we do also promote our partnership with National Trust at this seasonal time of year."

Esther McConnell, a Quaker from West Yorkshire and descendent of John Cadbury, said on Twitter:

I'm sure John Cadbury (my g. g. g. g. grandfather) is not spinning in his grave. As a Quaker, he didn't celebrate Easter @JohnSentamu

In a statement sent to Premier afterwards, Esther McConnell added: "Quakers recognise the equality and value of all people.

"As such I am glad to see that Cadburys and the National Trust are welcoming those of 'all faiths and none' to their event regardless of whether they call it Easter or not.

"John Cadbury, my great-great-great-great-grandfather, was a Quaker and as such believed that every day is equally sacred and back then this was expressed by not marking festivals. Quakers believe in the underlying message of Easter, of hope, forgiveness, and love."