Two men fined over preaching to shoppers in Bristol city centre last summer have successfully appealed against their convictions.

Mr Overd said: "We hope and pray that today's ruling will be an encouragement to Christians across the nation to continue preaching the good news."

During the appeal at Bristol Crown Court, lawyers representing Mr Overd and Mr Stockwell argued that there is no right not to be exposed to contrary ideas, and shoppers were free to continue walking past. 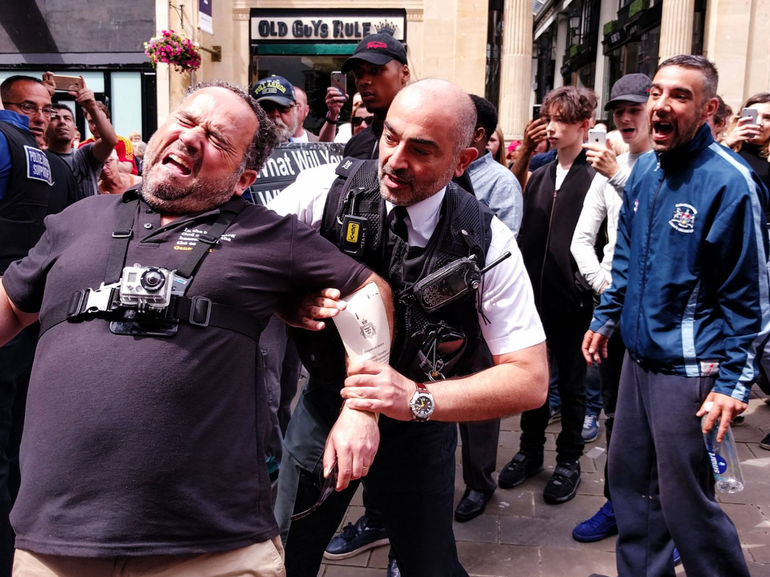 Mr Stockwell said: "When we were convicted of public order offences in February, I was shocked that God's message of love is now considered by some to be hateful and dangerous.

"Freedom of speech is under increasing assault in this nation. People should be free to express their beliefs in public, without risk of harm, violence or other repercussions. That's why today's result is such a great victory."

The men were detained - along with two other people who faced no further action - at Broadmead Shopping Centre on 6th July 2016 after police decided Mr Overd was "causing a disturbance".

The two men were convicted in February 2016 of using "threatening or abusive words or behaviour or disorderly behaviour within the hearing or sight of a person likely to be caused harassment, alarm or distress, thereby, and the offence was religiously aggravated". They were ordered to pay £2016.

Bristol Magistrates Court heard how they criticised Islam, Catholicism, Jehovah Witness and Mormonism and quoted John 14:6 which says "I am the way, the truth and the life".

A public prosecutor argued the men's behaviour constituted a clear threat to violence and suggested quoting parts of the King James Bible in the context of modern British society "must be considered to be abusive and is a criminal matter".

Andrea Williams from Christian Legal Centre which has been supporting Mr Overd and Mr Stockwell, said: "At a time where Christians are becoming increasingly fearful about expressing their beliefs in the public space, this is a welcome and needed result.

"We are grateful that the judge made the right decision today."

The Christian Legal Centre claimed the two men debated the difference between Christianity and Islam with a crowd who became aggressive, "sometimes swearing and hurling abuse".