The two Russian men who have been accused of the Salisbury nerve agent attack have claimed they were visiting the city to see the cathedral.

Part of the interview aired on the state-funded news channel Thursday morning.

When asked why they were in Salisbury, the suspects said: "Our friends had been suggesting for a long time we visit this wonderful town. 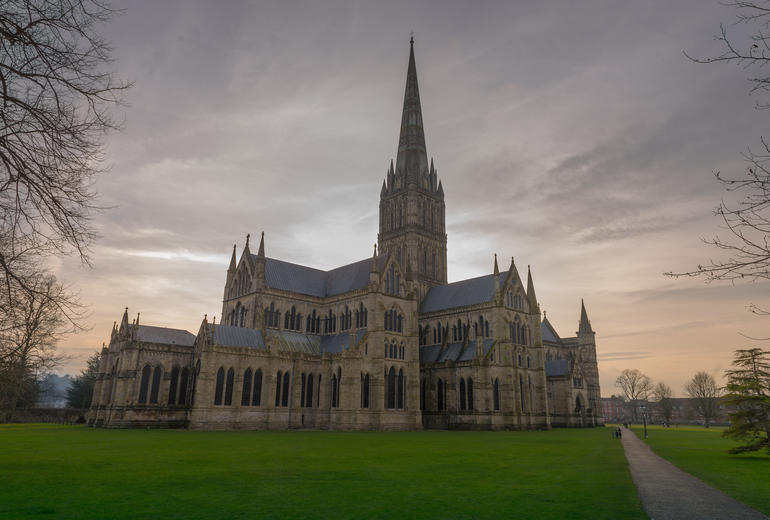 They also said they were in Salisbury for less than an hour due to train delays.

"Of course, we went there to see Stonehenge, Old Sarum, but we couldn't do it because there was muddy slush everywhere," Petrov said.

"The town was covered by this slush. We got wet, took the nearest train and came back [to London]."

Boshirov said. Maybe we did [approach] Skripal's house, but we don't know where it is located."

They denied having any Novichok in their possession.

When asked by Simonyan whether they also had a counterfeit bottle of designer perfume that UK police said contained the nerve agent, Borishov said: "Is it silly for decent lads to have women's perfume? The customs are checking everything, they would have questions as to why men have women's perfume in their luggage. We didn't have it."

Simonyan said the pair had called her mobile and the full interview, which is in Russian, will be published later on Thursday.

On Wednesday the British Government said it stood by its assertion that the two men were officers in Russian military intelligence service the GRU, after President Vladimir Putin described them as "civilians".

Mr Putin said the men had been discounted as members of his security network.

In an address to the Easter Economic Forum in Vladivostok, he said: "Of course, we looked who these people are. We know who they are, we have found them already."

He added: "There is nothing special and nothing criminal about it, I'm telling you."

Questioned on whether the pair were civilians, he replied: "Of course they are civilians."

The Russian president said he hoped Mr Petrov and Mr Boshirov would appear in public to dispel doubt about their true identity.

Detectives believe it is likely the two suspects, thought to be aged around 40, travelled under aliases and that Petrov and Boshirov are not their real names.

Officers formally linked the attack on the Skripals to events in nearby Amesbury where Dawn Sturgess, 44, and her partner Charlie Rowley, 45, were exposed to the same nerve agent.

Ms Sturgess died in hospital in July, just over a week after the pair fell ill.

A police officer who visited the home of the Skripals shortly after the attack, Nick Bailey, was also left critically ill from exposure to the substance.