Sir Cliff Richard: "I have a faith and therefore I don't think anything happens by accident"

Sir Cliff Richard has been paying tribute to Cilla Black at her funeral while talking about his own personal faith.

Introducing the song at the service at St Mary's Church, Woolton, he said: "I have a faith and therefore I don't think anything happens by accident"

"I know all of our souls will be united together. Cilla - this is just a hiccup in our relationship.

"We'll see you again and I'm looking forward to that time."

Black died aged 72 earlier this month after falling at her home in Spain.

An inquest into the death of the Blind Date and Surprise Surprise star heard that she died accidentally after falling and hitting her head at her villa on the Costa del Sol.

While the shock of her sudden death on August 1 left many still raw, O'Grady had guests in tears of laughter as he regaled them with stories of the fun they got up to during their decades-long friendship. 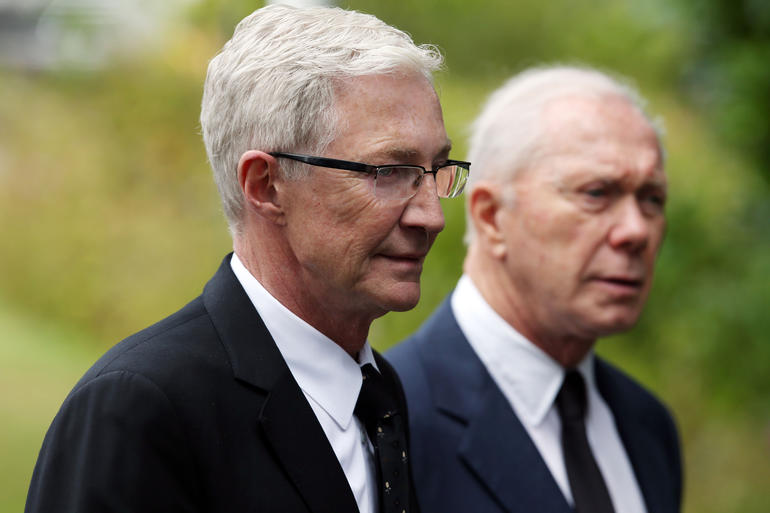 He told the congregation: "It is so right that she has come home today, because she was a true daughter of London, I mean Liverpool - sorry Cilla - and Scottie Road was never far away...

There was chuckles as he said: "I am just so grateful that she allowed me into her whirlwind of a life and we spend nearly two decades together hellraising - if you pardon the expression." 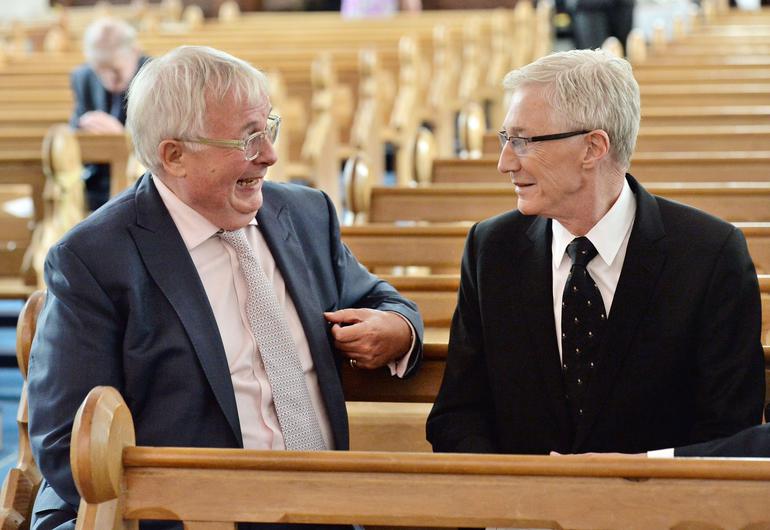 Finishing his tribute to her, O'Grady said: "I loved her dearly. She was just such a great friend. I do not know what I am going to do really - the light went off a couple of weeks ago and it has not gone back on yet. I am just going to miss her so much.

Cilla's coffin was carried into the church to the sound of Debussy's Clair de Lune and placed carefully at the front of the aisle.

The congregation then sang the opening hymn All Things Bright and Beautiful.

Sir Cliff Richard described Cilla as "the greatest TV presenter of all time" and praised "all the fabulous things about her".

"I'm not sure what to say because I can't think of Cilla in a past tense," he said.

"Being driven here was a fantastic experience, you forget how much people loved her." 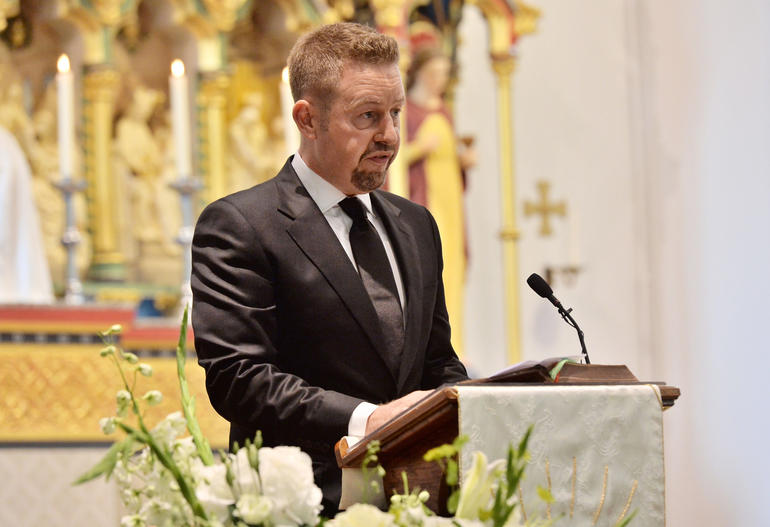 Her son Robert Willis said Cilla was a "wonderful lady who had touched all our lives and brought joy and laughter" to those she knew.

"Her pure enthusiasm, self-belief and wonderful sense of humour made being with her a joy and a pleasure," he added.

He said she was a "trailblazer in the fields of music and television" and "set the bar high and it's still there".

"Those who knew her saw her vulnerability but we loved her all the more for it," Mr Willis continued.

"She treated everyone just as she saw them, no matter their background." 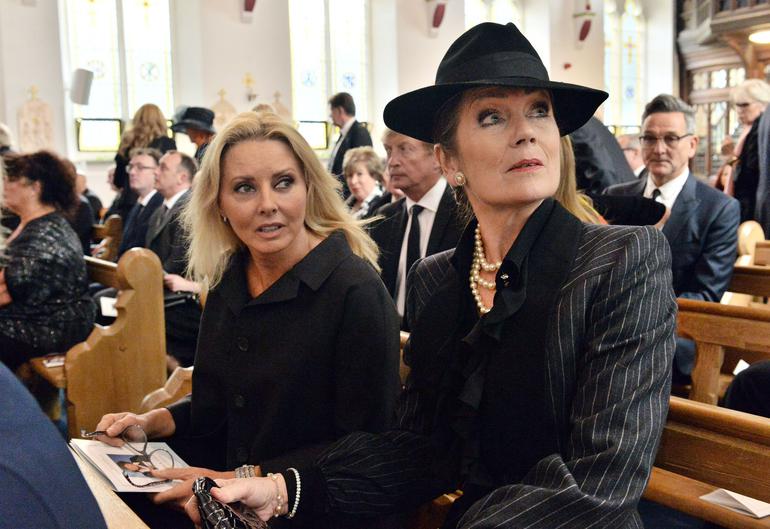 Carol Vorderman described Cilla as a "good friend" and said they "used to have some hairy, scary lunches together".

"Cilla was the woman I looked up to and I thought she was the most professional woman presenter certainly we've ever had," she told BBC after the service.

"As a friend she was always giving me advice about men.

"We just always had a laugh, if you were going out with Cilla what are you going to do - you're going to laugh."

Cilla's hit Anyone Who Had A Heart was played as the congregation received Communion. 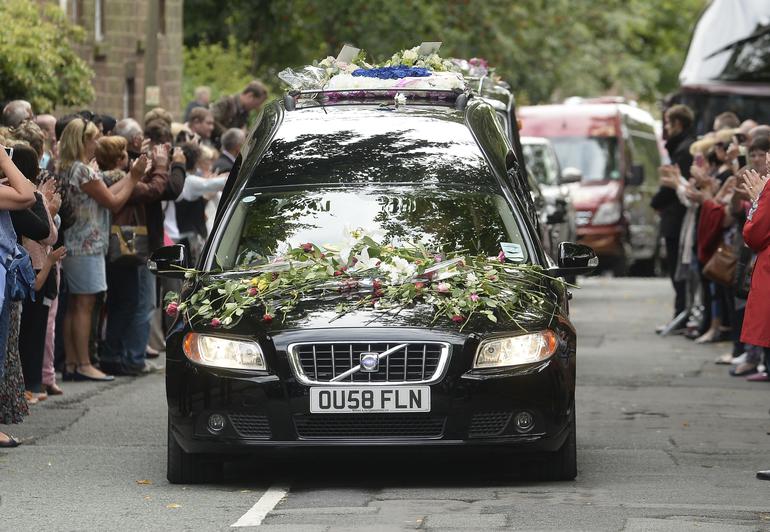 Fans and mourners also filled the streets to pay tribute to a young woman who found fame in the halcyon days of British pop in the 1960s and went on to become one of the nation's favourite TV presenters.

Hundreds lined the route of her cortege as it made its way through the streets of Liverpool.