The Queen is celebrating her 93rd birthday.

This year, the monarch - who is Head of the Church of England - sees her birthday coincide with Easter Sunday, the most important day in the Christian calendar.

The Duke and Duchess of Sussex were among those wishing her well, writing on Instagram: "Happy Birthday Your Majesty, Ma'am, Granny. Wishing you the most wonderful day! Harry & Meghan".

Elizabeth II, who has a strong faith, usually celebrates Easter at Windsor Castle by joining members of her family at a service in St George's Chapel.

At Buckingham Palace, the Band of the Irish Guards will perform a rendition of Happy Birthday in her honour on the forecourt as part of the Changing of the Guard ceremony.

April 21st - the day the Queen was born - is the first of the monarch's two birthdays. 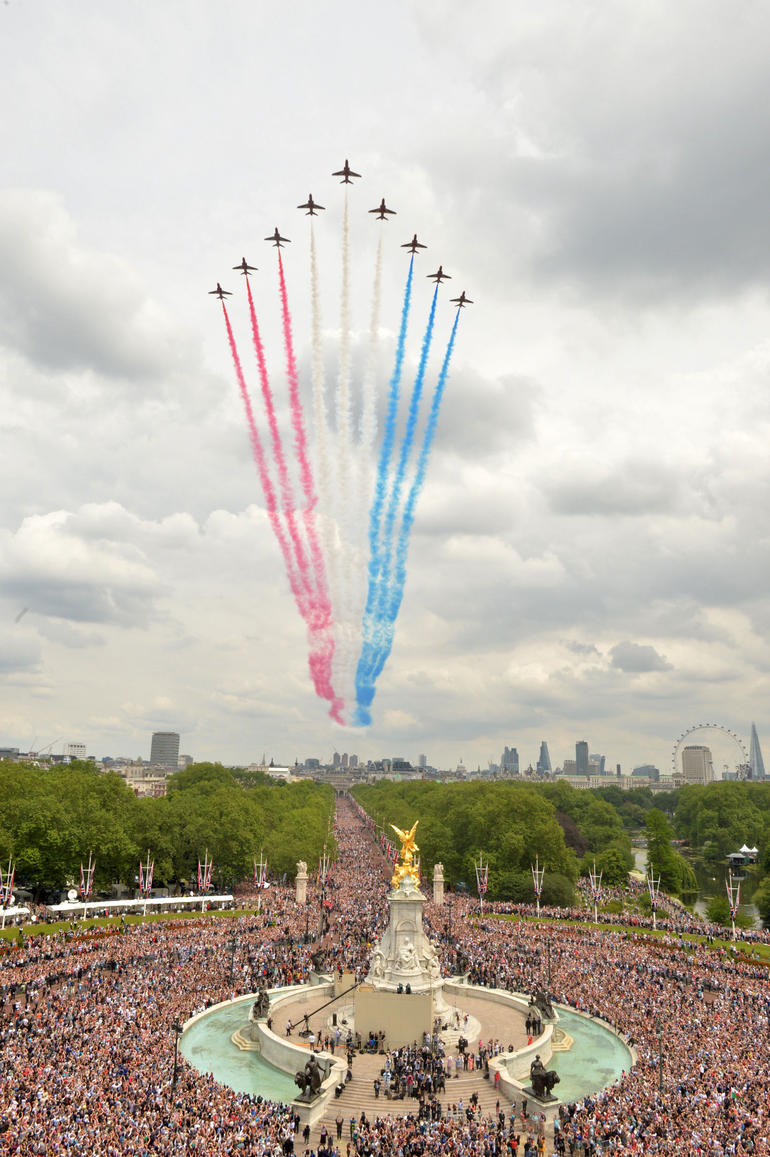 She also has an official one on the second Saturday in June each year, which is commemorated with the Trooping the Colour parade.

Gun salutes are also fired as a mark of respect to the Queen on her special day - but never on a Sunday, so this year they will be delayed by one day.

On Monday, the King's Troop Royal Horse Artillery will ride their horses and gun carriages past Buckingham Palace en route to Hyde Park to stage a 41 Gun Royal Salute at noon.

A 62-gun salute will also be performed by the Honourable Artillery Company at the Tower of London at 1pm the same day.

The Queen traditionally spends a month-long residence at Windsor Castle, known as Easter Court, each year.

Princess Elizabeth Alexandra Mary was born at 2.40am on 21st April 1926, the first child of the then Duke and Duchess of York, at 17 Bruton Street, the Mayfair home of her mother's parents, the Earl and Countess of Strathmore.

Happy 93rd birthday to Her Majesty The Queen!

Our video includes a photograph from each decade of The Queen's life, from an image of her as a baby in 1926, to her visit to King's College last month. #QueensBirthday #HappyBirthdayHerMajesty pic.twitter.com/E2J8c5rziD

She was never expected to be Queen when she was born, but the abdication of her uncle Edward VIII in 1936 put her father George VI on the throne, and changed her destiny.

With the death of 88-year-old King Bhumibol Adulyadej of Thailand in 2016, the Queen now holds the record for the world's longest reigning living monarch.