Pro-life groups responded to a pro-choice demonstration today outside the Northern Ireland office in London, highlighting the 100,000 people they estimate are a

Campaigners carried the names in boxes and crossed Westminster bridge with balloons and banners.

They were responding to a demonstration by Amnesty International, supported by actors in the Derry Girls TV series, calling on Northern Ireland to decriminalise abortion.

Pro-choice campaigners took a petition to the Northern Ireland office signed by 62,000 people, asking for abortion law to be brought in-line with the rest of the UK.

Terminations are currently a criminal offence in Northern Ireland unless it is done to save the mother, physically or mentally.

Amnesty say the laws are "dangerous and degrading".

Campaigners travelled with 28 suitcases to represent the 28 women who travel from Northern Ireland every week to get an abortion where it is legal.

28 women are walking over Westminster bridge in solidarity with the 28 women who every week have to fly from NI to rest of the UK for abortions. V moving. #NowForNI pic.twitter.com/UijsgEqtM1

Marion Woods, spokesperson for pro-life group Both Lives Matter told Premier Christian Radio's News Hour: "We are getting tired of Amnesty using Northern Ireland in this way because actually what they seek is full-scale decriminalisation of abortion across not only Northern Ireland but England, Wales and Scotland as well.

Continuing, she said: "two-thirds of women and also 70% of 18-34 year-olds want these decisions made around abortion law to be made by our own elected politicians and not at Westminster so we feel that Amnesty are actually out step with women in Northern Ireland".

The 100,000 figure (of those estimated to be alive because Northern Ireland's abortion law is more limited) is calculated using the abortion rate in England, Scotland and Wales as well as using the number of women who have travelled out of Northern Ireland to do so and estimating the proportion of those people who would still be alive in 2019.

Conservative MP Fiona Bruce said: "Abortion pressure groups are trying to undermine devolution and impose change to abortion law from Northern Ireland. This is bad for devolution everywhere and contrary to Government policy.

These extreme proposals are out of touch with the will of the Northern Irish people, and in particular women. It is clear that a strong majority of Northern Irish women reject interference from Westminster and believe that this is a decision for Northern Ireland.

Amnesty say on their website: "The highest court in the land has ruled Northern Ireland's abortion laws are in breach of the UK's own human rights obligations.

"Northern Ireland is the only place in the UK where women can face up to life in prison for having an abortion.

"Theresa May can no longer do nothing whilst countless women continue to suffer on her watch. Act now - call for Northern Irish women to have access to free, safe and legal abortions." 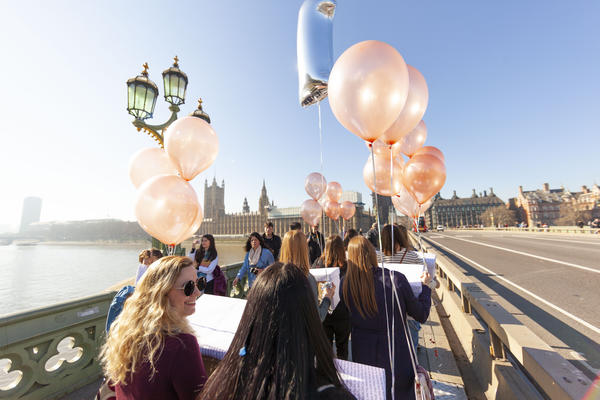