Pope Francis has urged the international community to work together to tackle the migrant crisis facing Europe.

He invited faithful in St Peter's Square in Rome to pray silently with him for migrants who die "on their terrible journeys".

It comes after 71 badly decomposing bodies were discovered in a lorry on the main Budapest-Vienna highway.

The pontiff noted that Vienna's cardinal was watching in the square, in what appeared to be a direct reference to the tragedy. 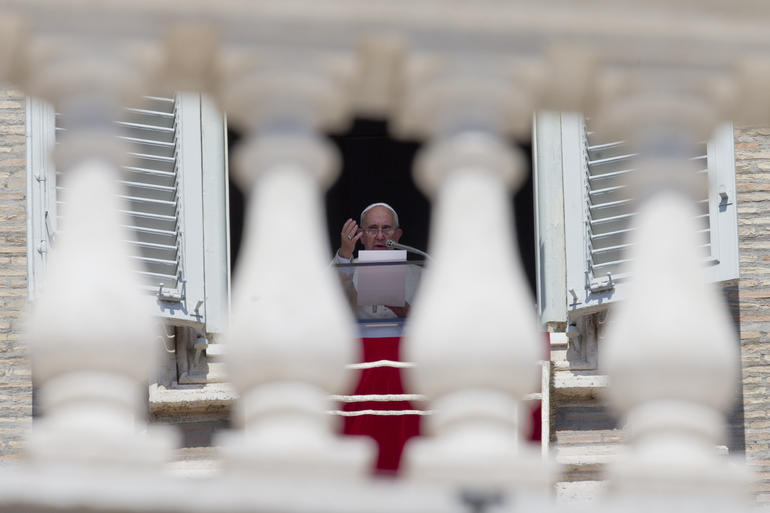 Pope Francis delivers his blessing from the window of his studio

He prayed that God would "help us to cooperate effectively to impede these crimes, which offend the entire human family".

Governments around the world had to "do something to put an end to the violence and abuses" of power, the Pope said.

Five men are being investigated by Hungarian authorities in the human trafficking case. 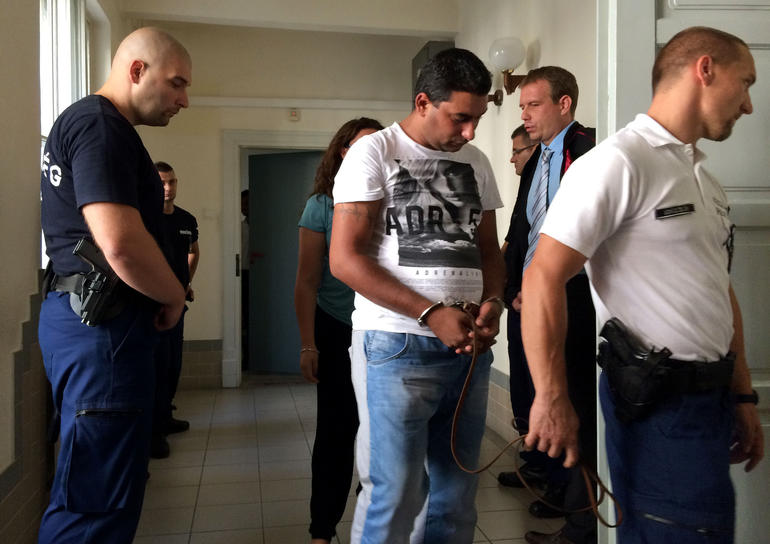 Meanwhile, only European migrants with jobs lined up should be allowed in to the UK, Theresa May has said, as she blamed Europe's "system of no borders" for the migration crisis.

The Home Secretary said the principle of free movement within the EU has allowed jobless citizens to move countries in search of work and benefits, putting pressure on public services and infrastructure.

She added that the events of this summer, which has seen hundreds of thousands of migrants and refugees risking their lives to reach Europe, should act as "wake-up call" to EU leaders.

Earlier this week official data showed net migration in to Britain had reached a record high, hitting 330,000 in the year to March.

Mrs May said the figure was "far too high" and "simply unsustainable".