The Pope has begged for God's forgiveness as he called for firm action in pursuing justice for church abuse victims in Ireland.

On the second day of his historic Irish visit, Francis said the crimes committed by members of the church had left an "open wound".

At an address at the holy shrine of Knock, in Co Mayo, the pontiff said no-one could fail to be moved by stories of young abuse victims who were "robbed of their innocence" and left with "painful memories".

Thousands of pilgrims who braved the rain to see the Pope at a site revered by Irish Catholics applauded as he urged decisive steps to bring truth to the victims.

"None of us can fail to be moved by the stories of young people who suffered abuse, were robbed of their innocence and left scarred, distanced from mothers, abandoned, and left with painful memories," he said.

"This open wound challenges us to be firm and decisive in the pursuit of truth and justice.

"I beg the Lord's forgiveness for these sins and for the scandal and betrayal felt by so many others in God's family.

The engagement at Knock came ahead of a huge outdoor Mass in Dublin's Phoenix Park, for which half a million people have tickets.

The first day of the papal visit on Saturday was dominated by the bitter legacy of historical scandals linked to church abuse and mistreatment.

On Saturday evening, the Pope met a number of victims of criminality and cruelty inflicted by church members. 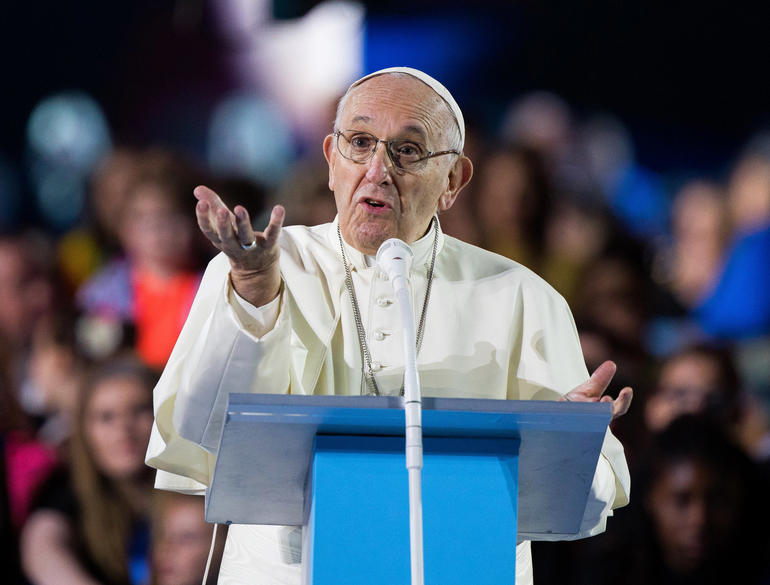 The private engagement in Dublin came hours after Francis expressed "pain and shame" over failures to tackle the scandals.

Some of the survivors who attended the behind-closed-doors meeting said the pontiff employed blunter language with them, apparently using the Spanish word "caca" - Spanish for "shit" - to describe those who covered up abuse.

Abuse survivor Marie Collins, who was at the meeting, told the Press Association: "He was very frank, he listened to us all and he gave us all an opportunity to talk about our experiences."

The Pope was driven through the crowds in Knock in a Popemobile ahead of entering a chapel at the site for a period of silent prayer.

In August 1879, 15 people said they saw an apparition at Knock of the Virgin Mary, St Joseph, St John the Evangelist and a lamb.

Around 1.5 million people now visit the site every year. 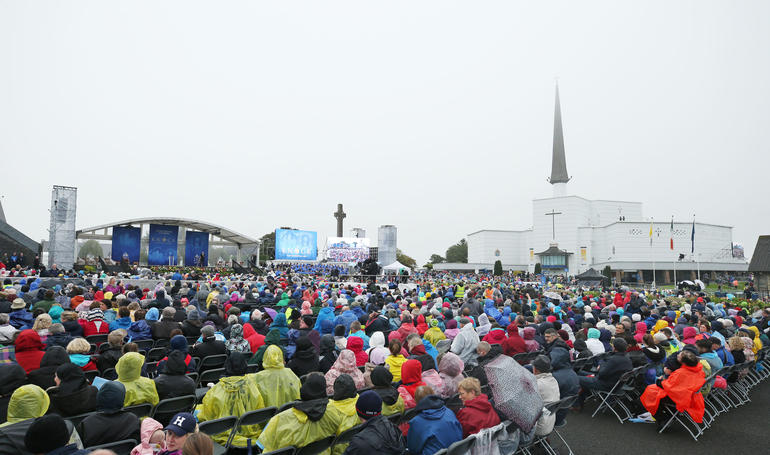 While around 45,000 free tickets were distributed for the Knock event and 500,000 for the outdoor Phoenix Park Mass in Dublin, the final head counts may be impacted by the very bad weather in Ireland on Sunday.

The Pope addressed the issue of abuse before leading the pilgrims at Knock in prayer.

On Saturday, the world leader of the Catholic Church acknowledged that Irish people had a right to be outraged by its response to abuse crimes.

The Pope's decision to address the dark legacy of abuse in a speech in Dublin Castle drew praise in some quarters, but others criticised Francis for not offering a public apology or directly acknowledging the Vatican's role in the failures.

With the reverberations of a litany of clerical sex crimes casting a shadow over the first papal visit to Ireland since 1979, Francis acknowledged the gravity of what had happened during his address.

On Saturday, the Pope also visited homeless people who receive support from a centre run by the Capuchin Fathers' religious order.

In his Knock speech, the Pope also offered a "warm greeting" to the people of Northern Ireland and said while his itinerary did not include a trip north of the border, he offered an assurance to people in the region of his "affection".

"I ask Our Lady to sustain all the members of the Irish family to persevere, as brothers and sisters, in the work of reconciliation," he added.