Pope Francis has met the US President Barack Obama and his family as he begins the first day of his five day visit to America.

The pontiff arrived in the country last night after spending time in Cuba, where he met former Cuban president Fidel Castro and current president Raul Castro.

A massive security operation is underway across the States for the historic visit. 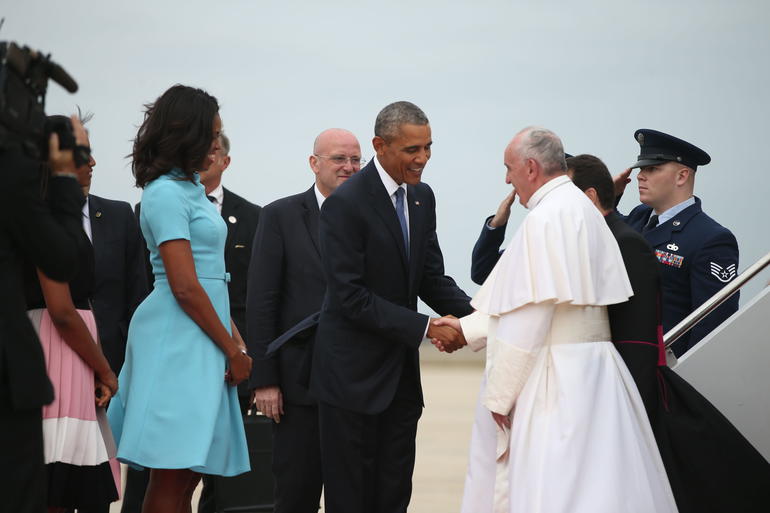 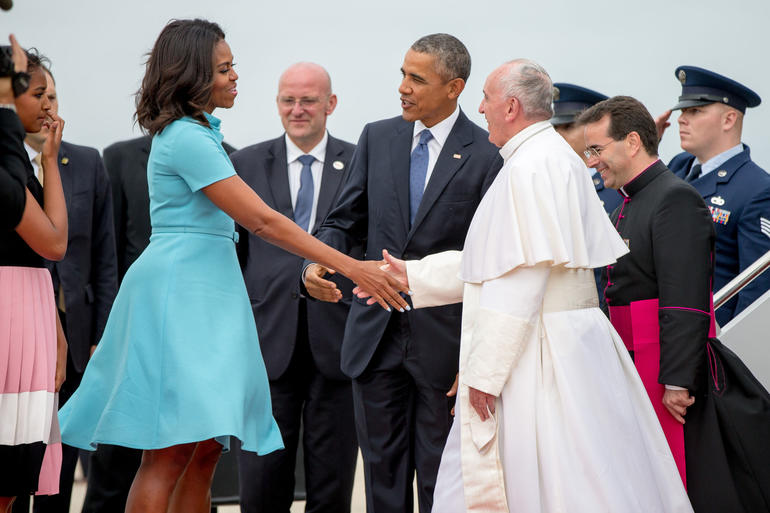 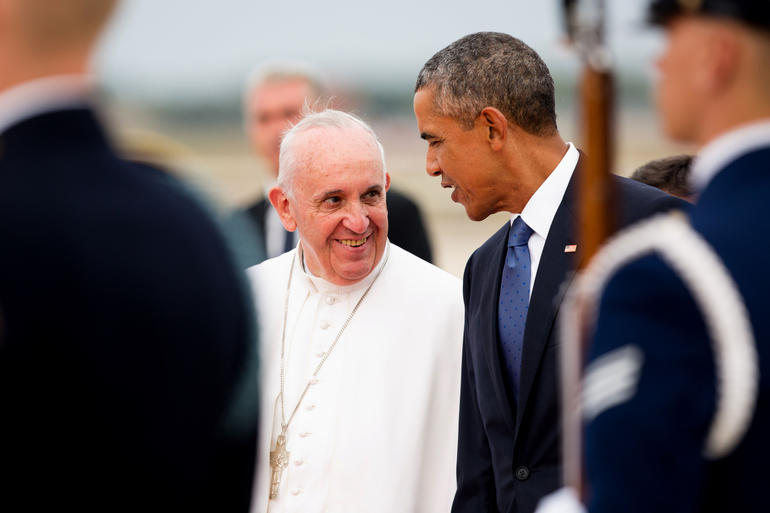 Traditionally, American presidents expect important guests to travel and meet them at the White House in Washington DC; the fact Barack Obama made the trip to Andrews Air Force Base in Maryland, where Pope Francis landed, shows how significant people hold his visit to be.

After a military guard of honour and greetings from politicians, priests and schoolchildren, the pontiff turned down the offer of a limousine and began his ride to Washington DC in a Fiat 500 car - an ordinary family car. 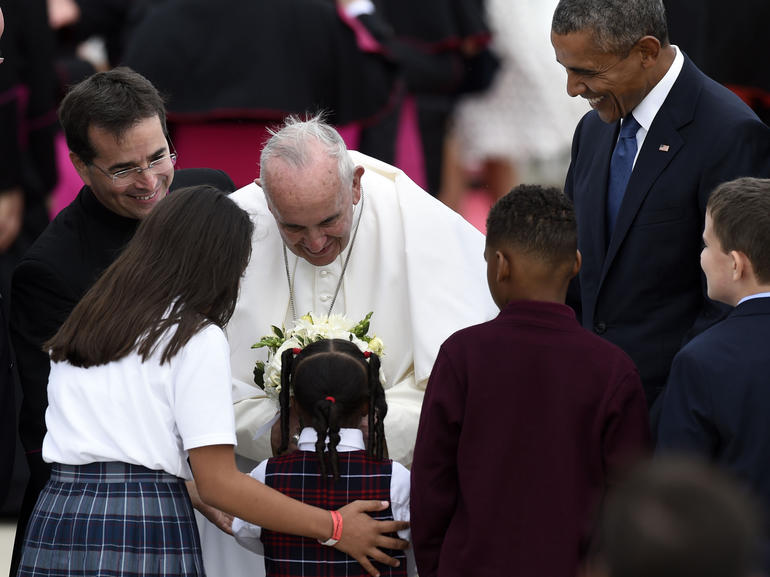 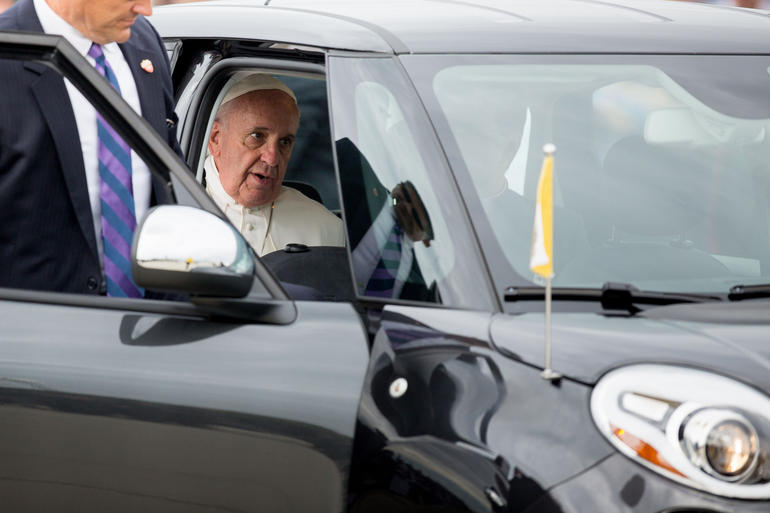 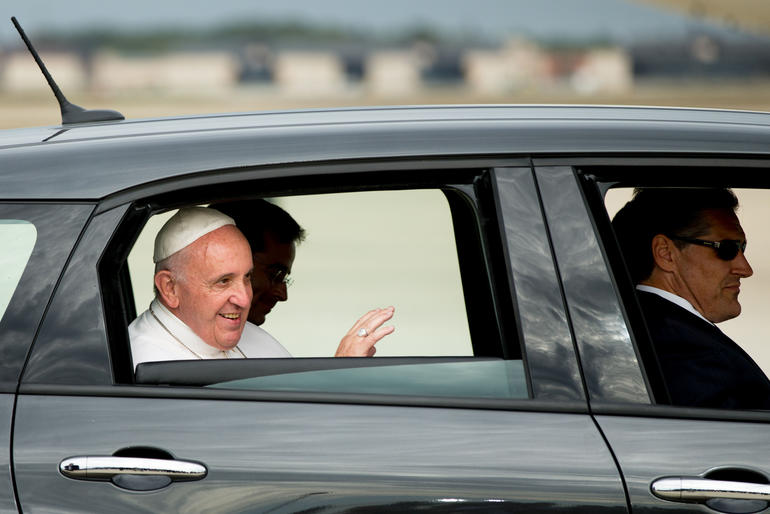 A welcome ceremony will take place on the lawn of the White House this afternoon before a speech from Pope Francis and a one-on-one meeting with the president.

The Holy Father will then meet with bishops of the country in St Matthew's Cathedral and give another speech.

His day will end with a Mass at the National Shrine of the Immaculate Conception.

During the service Francis will canonise Blessed Fr. Junipero Serra and give the Homily.

On Thursday he will address the US Congress before meeting a group of homeless people and finally departing for New York.

Biographer of the Pontiff Austen Ivereigh told Premier the Catholic leader will be aware he is controversial: "There are strong critics of Pope Francis' views on the economy and the environment.

"I think he's going to just assume that's the case, I don't think it's going to deter him in any way.

"But my own predication is that he's not going to be doing anything that will polarise American politics, he's come to heal."