In the Catholic Church's saint-making process, one miracle is necessary for beatification, and a second miracle, occurring after the beatification ceremony, must be certified byVatican experts for sainthood to be conferred.

The Vatican did not give details in announcing Francis's approval of this second miracle.

But Catholic media last year reported that a pregnant woman's recovery, with no scientific explanation, from a life-threatening illness had been confirmed by church officials and attributed to Cardinal Newman's intercession.

London-born Cardinal Newman, who died in England in 1890, had been hailed by Benedict as a model for ecumenism.

Cardinal Newman renounced an illustrious academic career at Oxford University to convert to Catholicism in 1845, convinced that the truth he sought could no longer be found in the Church of England.

Anglicans split from Rome in 1534 when the English monarch Henry VIII was denied a marriage annulment. 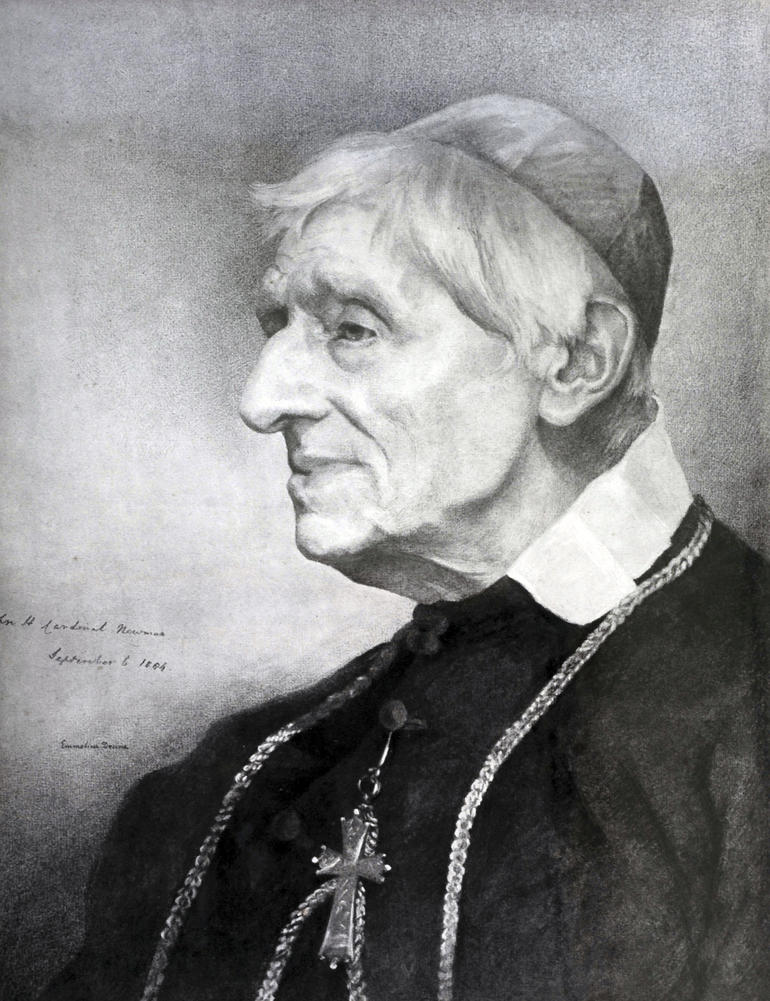 No date was immediately announced for a sainthood ceremony.

The Vatican also said that Francis had approved the "heroic virtues of God's servant" Hungarian Cardinal Jozsef Mindszenty, a staunch foe of Communism who spent more than seven years in prison in his homeland and several years in asylum at the US embassy in Budapest.

He was later granted permission by Hungarian authorities to live in exile in Vienna.

In 1974, amid pressures from the then-Communist Hungarian government, Pope Paul VI removed his titles as Roman Catholic primate of Hungary and as archbishop in Budapest.

Cardinal Mindszenty pointedly denied he had retired voluntarily from those posts, attributing that decision to the Vatican alone.

Papal recognition of "heroic" virtues is an early step towards possible sainthood.