The Church of England's attitude towards homosexuality is being challenged by an international group of conservative Anglicans.

Archbishops from the Global Anglican Futures Conference (GAFCON) are expected to approve the consecration of a new bishop to minister specifically to believers across the UK who hold a traditional Christian view concerning the issue.

According to the Mail on Sunday, the measure is being taken in reaction to concerns of Church of England is becoming too liberal in its stance on homosexuality.

One anonymous source told the newspaper: "I would say there is now a 75 per cent probability of the GAFCON archbishops voting to consecrate a new bishop for the UK."

The Mail on Sunday also speculated that the move to establish a new bishop without the permission of the Archbishop of Canterbury Most Rev Justin Welby would be "highly provocative".

The source added that the decision could trigger a strong reaction from the Church of England, adding: "If it did happen, though, there is a serious risk that Archbishop Welby would press the nuclear button.

"This would be very dangerous territory." 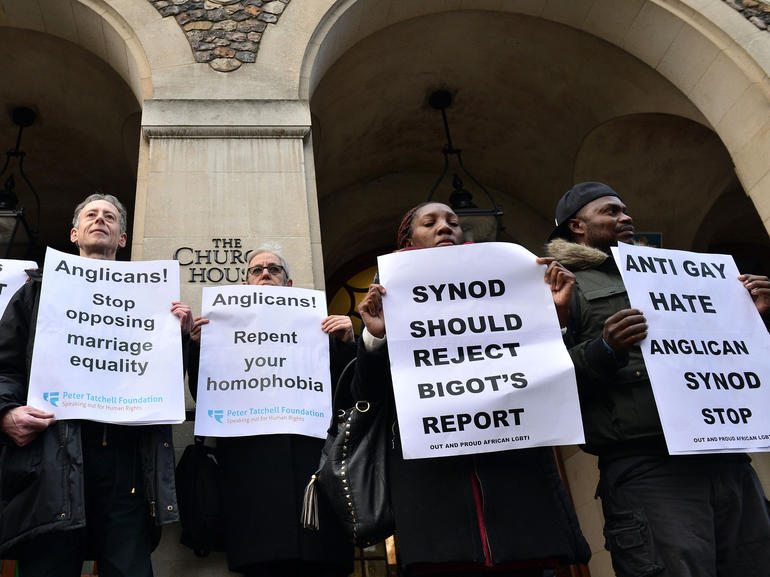 In February, LGBT campaigners welcomed a decision by the Church of England's governing body to reject the House of Bishops which advised that teaching on marriage should consider it a union between one man and one woman.

The proposed new UK bishop is among proposals to be considered by GAFCON during a five-day summit beginning in the Nigerian city of Lagos on Monday.

Asked by Premier for a response, GAFCON highlighted in England a "troubling ambiguity from diocese to diocese" in teaching and pastoral practise concerning sexuality.

It also flagged "immediate concern" regarding the Scottish Episcopal Church which is expected expected to approve in full gay marriage, at its annual synod in June.

A spokesman from GAFCON said: "Alternative structures and oversight will need to be in place should that unfortunate reality come to pass.

"At the meeting this week, the Gafcon Primates will be considering a range of options for how to care for those who remain faithful to Jesus' teaching on marriage."