The four main political parties have clashed over the future of the UK's economy at the first Premier election debate.

At Westminster Central Hall representatives of The Conservatives, Labour, Lib Dems and UKIP answered questions from the audience.

The politicians were first challenged by chair Roger Bolton on what they thought a fair economy looked like.

"But as a Christian I support as many people as possible being able to work, to get just reward for their efforts but also for households and government to live within its means."

Stephen Timms, Christian Labour candidate, said: "I think a fair economy is one in which opportunity is available equally to everybody and nobody is left to destitution.

"One of the things that troubles me most over the last few years is the explosion of the demand for food banks."

Tom Brake, a Lib Dem candidate, told the audience one of the things he had been trying to do in coalition was build a fairer society.

"That's why we've put the investment and the focus on early years," he said.

"Making sure things like the pupil premium assist those who need most help, things like free school meals and we've also put a very heavy emphasis on apprenticeships."

Whilst Steven Woolfe, a Catholic UKIP MEP, said: "One has to look at Proverbs for me, which is quite an interesting and important phrase, which says, open your mouth and judge righteously, defend the rights of the poor and needy." 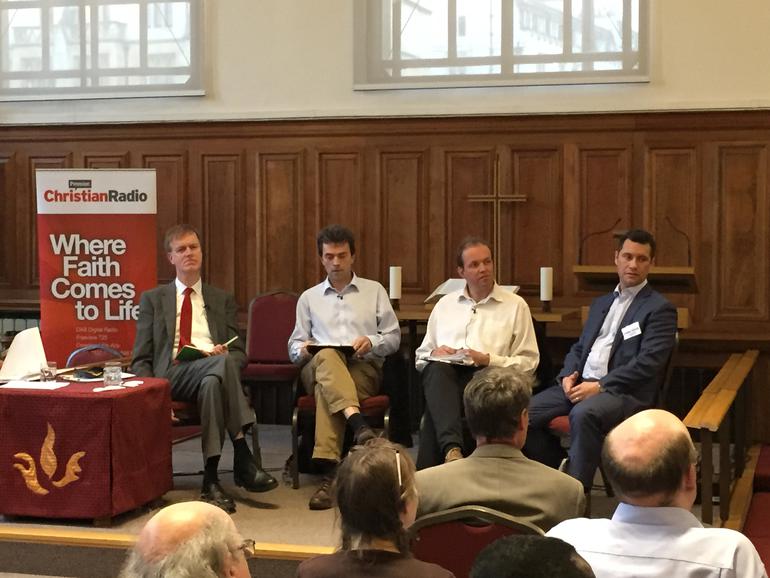 The parties clashed on foreign aid with UKIP calling for it to be vastly reduced and reinvested in the UK.

Mr Woolfe said it was important to look after Brits first so they were able to help other people.

"My grandma used to say when you're on a plane, if the mask comes down, put if over yourself before you even put it over your own children.

"Because if you don't look after yourself you can't help anyone else."

Lib Dem candidate Tom Brake said aid was 0.7% or less than £1 in every £100 of government spending.

He added: "Of course Steven and his party talk a lot about illegal immigration and I'd like to put to him that one of the consequences of the investment that we are making in the developing world actually has a direct impact on things like stopping illegal immigration."

Stephen Timms for Labour said international aid was important but suggested it should not be given to countries where Christianity was persecuted.

Whilst for the Conservative Party David Burrowes said foreign aid was an important part of Britain's contribution to the world.