A church in Argentina has been given the highest level of security the country can provide, because of continued attacks against it.

It is believed human and drug traffickers are targeting Pueblo Grande because of its work with trafficked sex workers and drug addicts.

Gunmen tried to murder the pastor of the church, Revd Marcelo Nieva, and Daniel Carreno, a member of his congregation, last year when several bullets were fired at a car they were travelling in. Both were unhurt.

Revd Marcelo Nieva (pictured below) has also been attacked on a separate occasion, and Pueblo Grande has been vandalised with anti-cult graffiti. 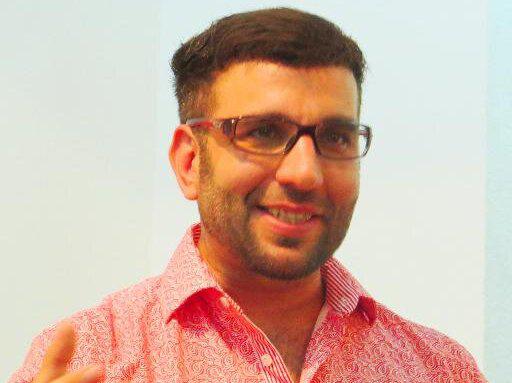 It is the first time the National Gendermarie, Argentina's top security force, has been ordered to protect a church.

It will replace the Federal Police, who have been guarding the church for the last year.

The Federal Appellate Court made the protection order in May, recognising Pueblo Grande members had been suffering systematic discrimination and persecution.

However the National Gendermarie are yet to take position outside the church, leading to concerns the protection order will not be followed through.

Kiri Kankhwende, from CSW, told Premier: "The church has been vandalised, they've had anti-cult messages daubed on their wall, and even more seriously... Marcelo Nieva has been attacked, and last year there was a very serious attempt on his life.

"It's actually unprecedented [that the National Gendermarie protects a church], so we welcome it. It's a definite sign that the authorities are taking the struggles of Pueblo Grande Church seriously.

"In many cases they [churches] win these judgments, but it's about the implication on the ground. Especially after the attempt on Marcelo Nieva last year, we know that those who are against this church aren't messing around.

"They are very serious and we really are calling for this to be implemented with immediate effect."

CSW's Chief Executive, Mervyn Thomas, said: "We are encouraged by the orders issued by the Federal Appellate Chamber recognising that Pueblo Grande Baptist Church and its members have been the victims of systematic discrimination and which orders Judge Roque Ramón Rebak and the National Institute Against Discrimination, Xenophobia and Racism [INADA] to take swift action on the case.

"The decision by Federal Prosecutor Schianni to provide the highest levels of protection to the church and its members is also laudable, but we continue to be deeply concerned by the underlying issues that make this level of protection necessary.

"We call on Judge Roque Ramón Rebak and on INADI to take the action mandated by the Federal Appellate Chamber. We also urge the government of Argentina to review laws at both the federal and provincial levels that open the door to violations of freedom of religion or belief."