Dozens of people protested outside the Pakistani Consulate in Manchester in support of the Christian woman on death row, Asia Bibi.

Bibi has been in prison for over a decade after being accused of insulting Islam, a crime punishable by death under the country's strict blasphemy laws.

She faces death if her final appeal fails. 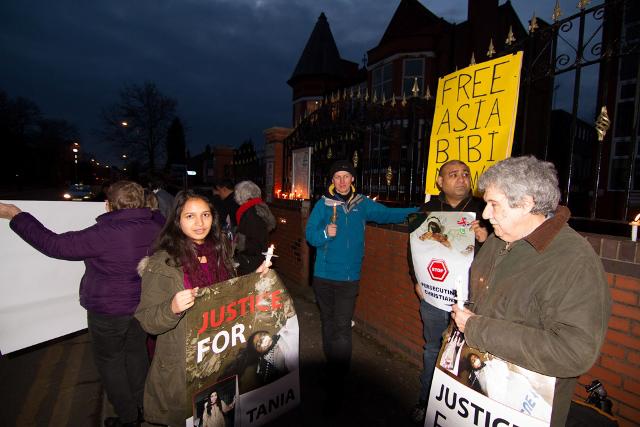 The protest was organised by Nelson Catholic Christians and the British Pakistani Christian Association (BPCA).

Campaigners prayed outside the consulate and reflected on the plight of many Christians in Pakistan by candle light.

Wilson Chowdhry, Chairman of the British Pakistani Christian Association, said: "I am still to be convinced that Pakistan's Government is serious with its voiced commitment to help minorities.

"I spoke with a very welcoming and professional First Minister at the Pakistani High Commission in London some weeks back. Who agreed to request expedition of Asia Bibi's Supreme Court Appeal - which it is hoped will now be heard by end of March.

"No concrete assurances have been given with regards to the date of the trial as the judiciary works independently to Government as in most democracies.

"I have been advised that the Government is doing all they can to ensure Asia gets a fair trial and that adequate security measures will be in place to protect all involved in the process."