Londonderry bomb: Bishop says there's no appetite for 'pointless violence' that takes us back to days of mistrust

The Bishop of Derry and Raphoe, Rt Rev Ken Good has said he felt both "disappointed " and "frustrated" after learning about the car bomb explosion outside Londo

Hundreds were in the area at the time, including children, when an alarm was raised after a call was placed to the Samaritans.

Officers have said they evacuated the area "just in time".

Bishop Ken told Premier about the moment he discovered the news.

Speaking during Premier's News Hour, he said: "I was very disappointed - very frustrated.

"There's no heart or appetite for this sort of pointless violence and it was just taking us back to the days of mistrust and of hostilities that we wanted to get away from."

Five men are being held by police in Northern Ireland over the incident and officers think the New IRA may have been behind the attack. 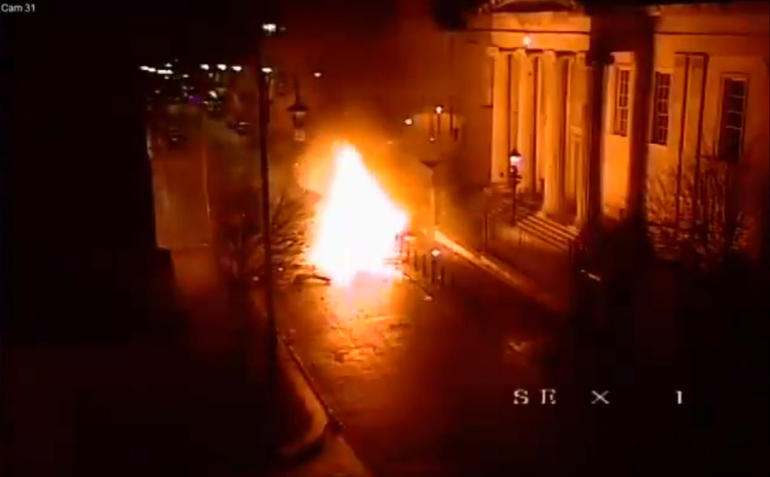 Meanwhile, less than 48 hours after the explosion, homes have been evacuated in Londonderry as police say a vehicle was hijacked by three masked men.

Officers say an object was seen being thrown into the back of a van before it was abandoned.

"Across the community now there's a unanimous voice of disapproval for this - there's no support whatsoever," he said.

"Every voice of every politician and every leader that you're hearing on the local radio stations here is against what happened and has no time for it."

Bishop Ken called for prayers while the investigation into both incidents continues. 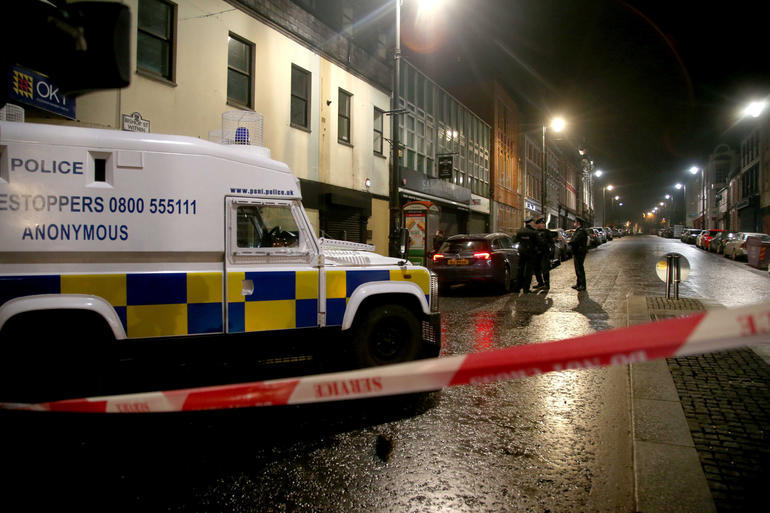 He said: "We would love you to pray for the city.

"There was a young man who was driving the van- he was a pizza driver and his van was hijacked - a gun was pointed to his head and he was threatened and I think we could pray for him.

"I think we should pray too for those who perpetrated this and who would support them, that their hearts will be changed and turned - that they will see that violence is not a fruitful path to take in this land."