A secret document sent by Saudi Arabia to the Vatican, asking for help in bringing down the Syrian Government has been revealed through Wikileaks.

The letter thought to be from the start of the uprisings in 2011 asks for a meeting with the Foreign Minister at the Vatican, Archbishop Dominique Mamberti, explaining that Christians in Syria shouldn't fear a change in leadership.

Many Christians in Syria had supported the Assad regime claiming their rights had always been respected and that they received the freedom to worship. Some feared a new government would stop that.

However the letter, attempted to calm those fears. 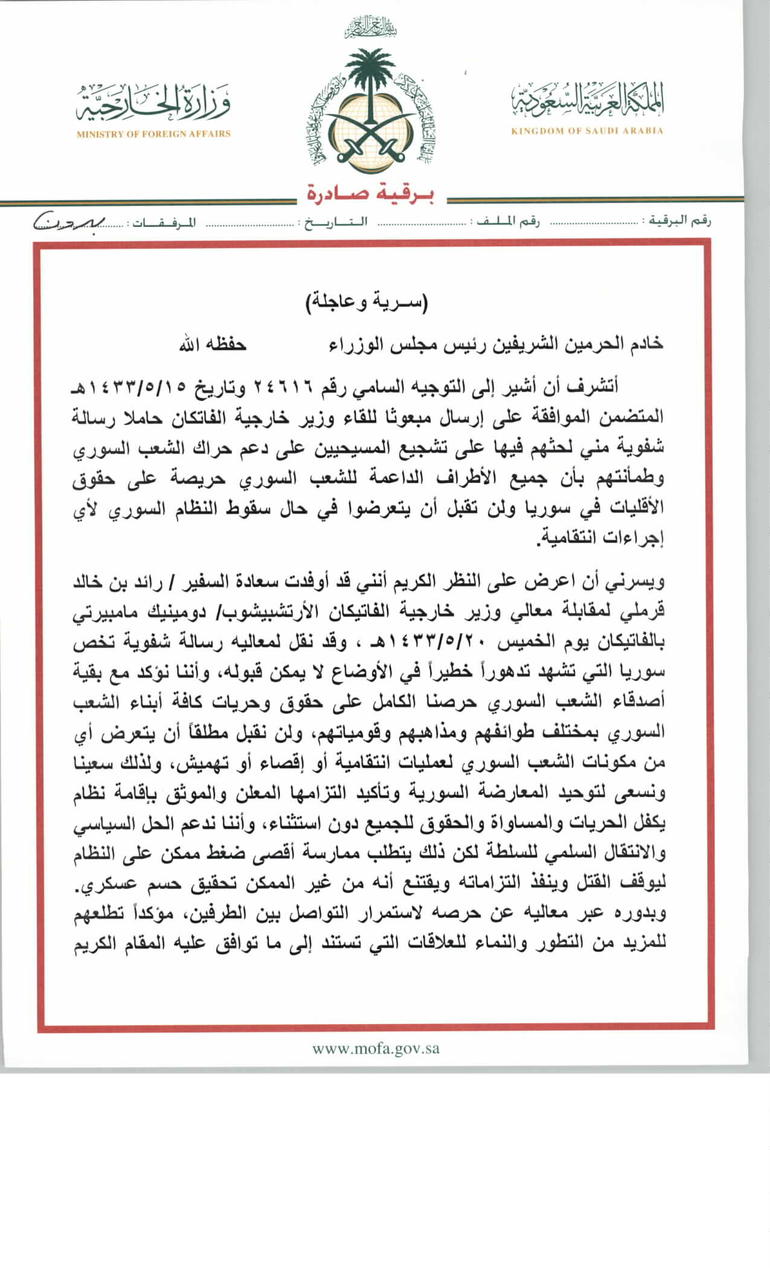 "We will not accept the exclusion or marginalisation of any groups."

The Vatican has consistently called for peaceful negotiations over the future of Syria and spoken out against military action.

Pope Francis held a worldwide day or prayer for peace for the situation.

The letter suggests Saudi Arabia supported the Vatican's stance. It said: "We support a political solution and peaceful transition of power, but that requires placing utmost pressure on the regime to stop the killings and accept that it is impossible to accomplish a military victory.

The Vatican's response to the letter has not been revealed.

Over 200,000 people have been killed since the uprising in 2011. Around eight million have been either internally displaced or have fled to neighbouring countries.