Popstar Lady Gaga has criticised the US VP for supporting his wife's decision to work at a school that bans LGBT employees.

Applicants to the institution must agree on traditional Christian teaching, including that marriage can only be between a man and a woman.

The multi-Grammy-Award winning singer stopped mid-song during a concert on Saturday to slam the president for the continued government shutdown, before she put Mike Pence under the spotlight.

"To Mike Pence, who thinks it's acceptable that his wife work at a school that bans LGBTQ, you are wrong," she can be heard saying in a video posted by a fan on YouTube.

"You say we should not discriminate against Christianity; you are the worst representation of what it means to be a Christian.

"I am a Christian woman and what I do know about Christianity is that we bear no prejudice and everybody is welcome. So you can take all that disgrace Mr Pence and you can look yourself in the mirror and you'll find it right there." 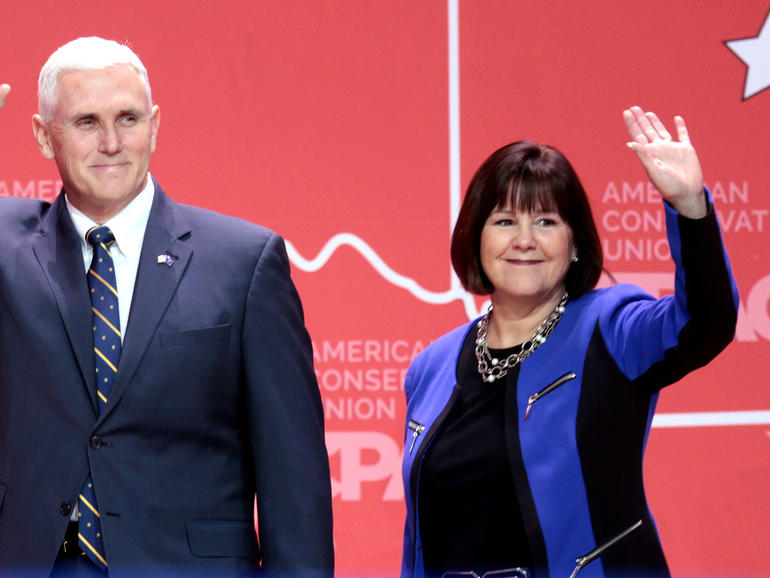 Mr Pence has hit back at critics and in an interview with Eternal Word Television Network, he said that the negative reaction was "deeply offensive."

He added: "My wife and I have been in the public eye for quite a while. We're used to the criticism.

"But I have to tell you, to see major news organizations attacking Christian education, is deeply offensive to us.

"We have a rich tradition in America of Christian education and, frankly, religious education broadly defined. We celebrate it."

Mrs Pence previously taught art at Immanuel Christian School for more than a decade while her husband was a member of Congress.