A report about the life of Christians in Egypt was used by a court to convict three journalists of broadcasting false news, it has emerged.

At the trial prosecutors used news clips about Christian life in Egypt and about an animal hospital with donkeys and horses, as evidence they broke the law. 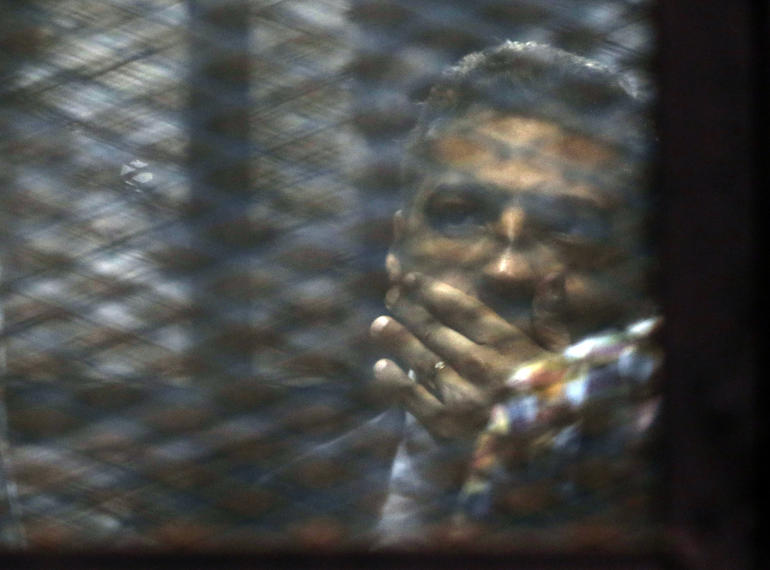 Mohammed Fahmy listens to his verdict in a soundproof glass cage

"The whole case has been heavily politicised and has not been conducted in a free and fair manner," Mr Souag said in a statement.

"There is no evidence proving that our colleagues in any way fabricated news or aided and abetted terrorist organisations, and at no point during the long drawn-out retrial did any of the unfounded allegations stand up to scrutiny." 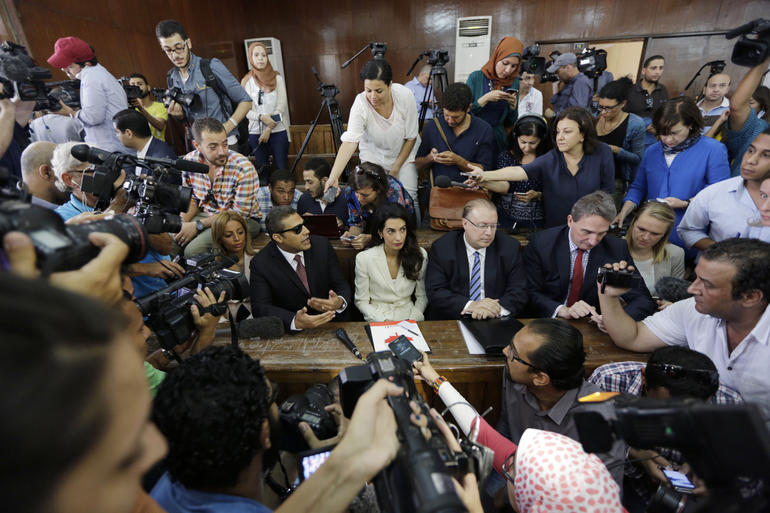 The case began in December 2013 when Egyptian security forces raided the hotel suite used by Al-Jazeera at the time to report from Egypt.

Authorities arrested the trio, later charging them with allegedly being part of Mr Morsi's Muslim Brotherhood, which authorities have declared a terrorist organisation, and airing falsified footage intended to damage national security.

Since Mr Morsi's ouster, Egypt has cracked down heavily on his supporters and the journalists were accused of being mouthpieces for the Brotherhood.

Al-Jazeera and the journalists denied the allegations, saying they were simply reporting the news. 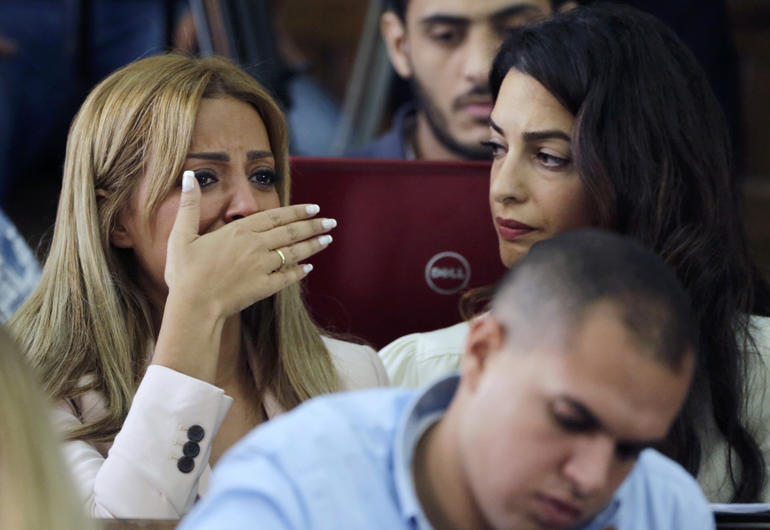 Marwa Fahmy wife of Mohammed Fahmy, bursts into tears, as she is watched by lawyer Amal Clooney

Human-rights lawyer Amal Clooney criticised the sentences, saying that "everyone has said there is no evidence to sustain any of the charges".

She said: "The verdict today sends a very dangerous message in Egypt.

"It sends a message that journalists can be locked up for simply doing their job, for telling the truth and reporting the news.

"It sends a dangerous message that there are judges in Egypt who will allow their courts to become instruments of political repression and propaganda."

Amnesty International called the sentences the "death knell for freedom of expression in Egypt".

"Today's verdict must be overturned immediately. Mohamed Fahmy and Baher Mohamed should be allowed to walk free without conditions.

"We consider them to be prisoners of conscience, jailed solely for exercising their right to freedom of expression."