Churches have been warned that unless they work together knife crime could take 20 years to tackle in London.

"The problems that we are facing as a city is a vast problem and no one organisation or one denomination could adequately respond to it," he said at the event sponsored by the Bishops of London and Southwark.

He added: "This summit is saying 'right across the Christian community, let's come together, let's look at the issues, and let's look at how together we can bring a positive and a strong response to it'."

In the capital there have been 119 homicides this year - including 69 fatal stabbings.

Five of those occurred in a six-day period this month.

In the past 12 months, in the Diocese of Southwark alone, there have been over 4,500 knife crime offences - around 650 of which have caused injury to a person under 25 years-old.

The Mayor of London, Sadiq Khan told the BBC that it could take ten years to "really make significant progress" to solve London's violent crime problem.

However, Rev Isaac stressed we risk waiting even longer to see significant changes.

"What has happened is that the Church has prayed about it and not really focused on it, governments and successive governments haven't really addressed it.

"So what we have is something that's been in incubation for many years, it's now come to fruition and I hear Sadiq Khan say it's going to take ten years - it could take 20 years." 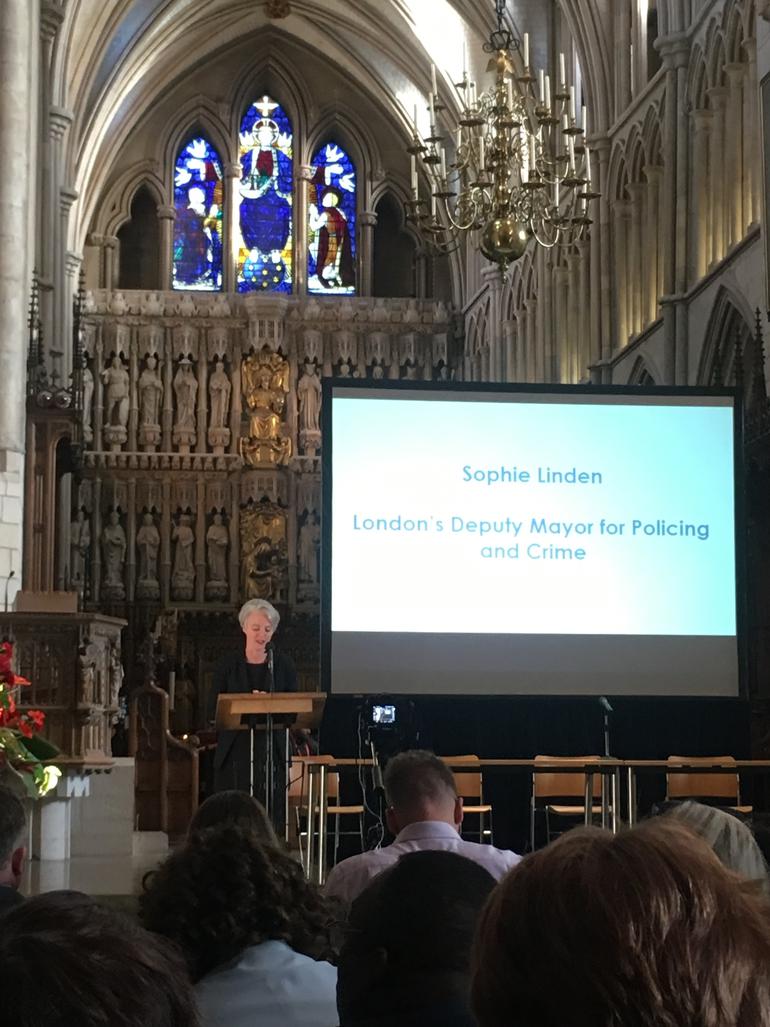 Sophie Linden, The Deputy Mayor for Policing and Crime

Sophie Linden, a Catholic and Deputy Mayor for Policing and Crime told attendees of the summit that tackling violent crime in the city was "deeply personal" for both her and Mr Khan.

Thanking the Church for its contribution to helping combat knife crime, she added: "The police cannot arrest their way out of this situation."

Rev Isaac said he was optimistic that churches could work together to make a significant contribution to tackling knife crime in the capital.

He explained: "It all depends on how we come together and really look at it.

"We were talking about this being a public health response earlier this year. I'm glad to see that the government and the mayor's office have recognised it is a public health issue.

"But I also believe that the Church which has been really active for years in the city - I believe that this is a wake-up-call for us to say 'how do we bring expertise, skills and resources so that together we can really give a major response to this."