Religious leaders have united to call on the Home Secretary to prevent the deportation of two teenage asylum-seeker brothers from Scotland.

Somer, 15, and Areeb Umeed Bakhsh, 13, face being returned from Glasgow to Pakistan, where their family fears for their safety.

A letter written by Rt Rev Susan Brown, Moderator of the General Assembly of theChurch of Scotland, asking Sajid Javid to intervene has been signed by Archbishop of St Andrews and Edinburgh Leo Cushley and Bishop Mark Strange, Primus of the Scottish Episcopal Church.

They want Mr Javid to re-examine the family's case and "recognise the Pakistan-wide threat they face".

The boys' father is said to have received death threats from Islamic extremists due to his Christian faith and the family fled Faisalabad in 2012.

Mrs Brown wrote: "As you will be aware, the blasphemy laws in Pakistan are such that even without substantive evidence, accusations can be made against those not of the Muslim faith.

"Petty disagreements between neighbours, for example, can result in people of another faith being accused under the law and lead to their imprisonment or being pursued with the intent to kill.

"This is precisely the reason why this faithful Christian family find themselves in Scotland." 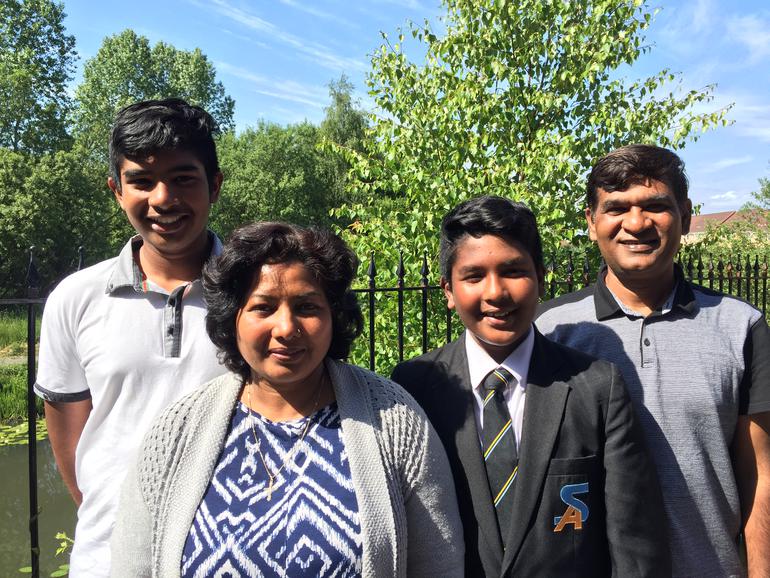 It is understood the UK Government has rejected the family's plea for asylum largely because officials do not believe they would be at risk if they moved to a different part of Pakistan.

A petition calling on the Home Office not to deport the boys has been signed by more than 88,000 people to date.

Somer is studying five highers and hopes to become an astrophysicist, while his brother Areeb is said to be interested in art and astronomy.

Their father Maqsood holds two masters degrees and worked as a data analyst in Pakistan, while their mother Parveen is a trained midwife with 17 years of experience, the Church of Scotland said.

They have been unable to work in Scotland and have been getting by on benefits and charity due to their immigration status.

Mrs Brown wrote: "With all respect, we urge you and, through you, the Home Office to step in and allow this family to play their part in serving a nation they very much feel a part of and want to contribute to."

The Home Office said it does not comment on individual cases.