Thousands of Christians are calling on the government to take action on climate change and convince other countries to do the same.

Believers have attended a church service in Westminster and will hold a rally at Parliament to highlight their concerns about climate change.

The mass rally is the first the government has faced since the election and has been organised by The Climate Coalition, which includes a number of Christian charities like Tearfund, Christian Aid and CAFOD.

Christian leaders including the Church of England's lead bishop for Environmental Affairs, Rt Revd Nicholas Holtam, gathered to encourage others to meet their MPs to urge change. 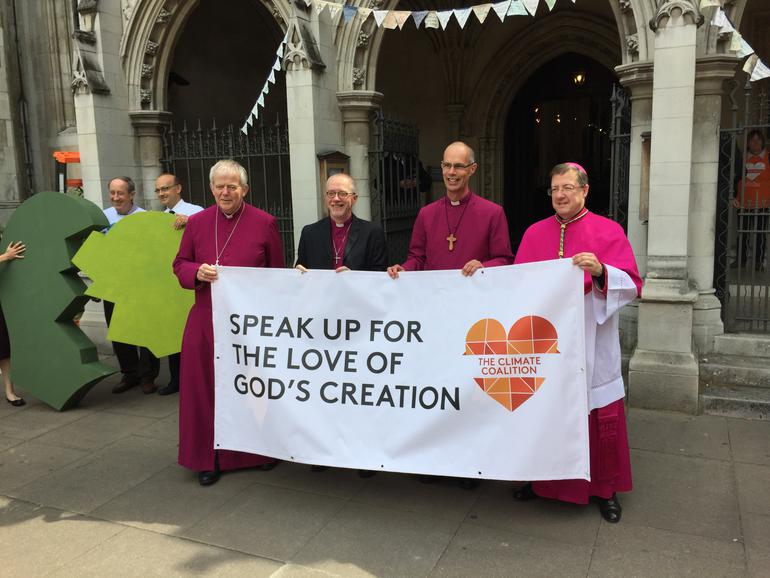 Bishop Nick told Premier at the event he had changed the way he lived in recent years because of the threat of climate change.

He said: "It's God's world and therefore Christians are bound to respond out of care for the earth, to speak out for the love of God's creation.

"One of the things we want is to get people thinking about the impact of climate change and of climate justice.

"This is an issue which affects all of us, it damaged the earth and affects the poorest the most."

He added that it was vital Christians were at the forefront of the campaign to stop global warming: "The science, the politics, the economics all point in the one direction but it's still difficult to do and that's because it's a matter of The Spirit.

"People of faith are people who do know about The Spirit and about prayer and therefore it's important to commit to that."

Christians from across the UK have come to London to join the rally. Pastor Dave Matthews, from Tubestation Church in Cornwall which is specifically aimed at surfers, told Premier his congregation was "desperately concerned" about the UK's coastline.

He said: "The trouble with climate change is that it happens so slowly and before you know it, it's already happened.

"Already we've seen changes, the storms the winter before last changed the coastline and already it's affecting our surf breaks.

"It's the sea level rise that's the major concern though." 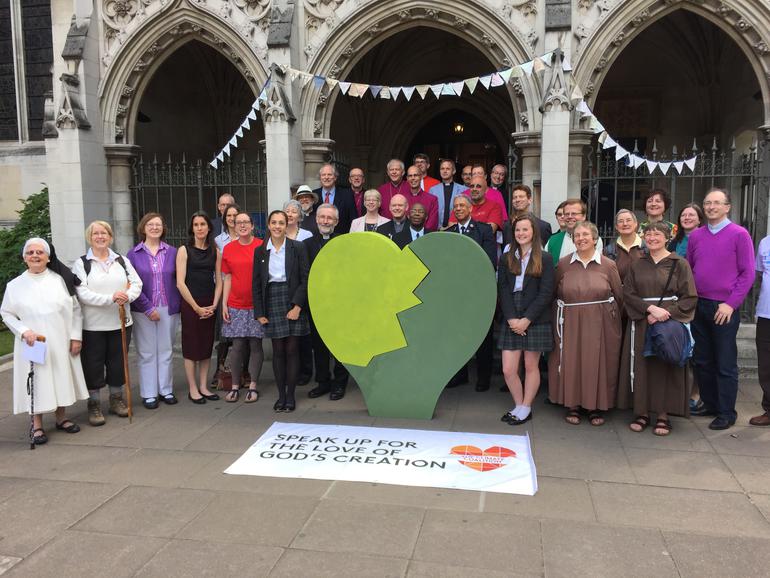 The event has been organised before a UN meeting on climate change in Paris in December.

The conference will aim for a legally binding and universal agreement on climate change from all the nations of the world.

Meanwhile, the Archbishop of Canterbury has urged the government to use its world influence to convince other global leaders to agree a new legally-binding deal on climate change.

Tomorrow Pope Francis will publish his eagerly awaited encyclical on the environment, although part of the document was leaked yesterday.

Listen to Premier's Antony Bushfield speak with Bishop Nick Holtam at the event: