Extinction Rebellion members said the 400 litres of red paint "represented that of today's children - who will suffer the effects of climate change the worst".

Roughly 400 demonstrators, including children, staged the protest alongside Christian Climate Action members, while police stood by without making any arrests.

Holly-Anna Petersen, 30, from London and a member of Christian Climate Action, described the scene: "Most of those present wept as children bravely took to a small podium in front of the crowds and used a portable microphone to speak out on all they stood to lose through climate change.

"One child came to tears herself when she reflected on the fact that she has been stripped of the chance to raise a family, because she refuses to bring children into a broken world."

Rachael Mender, 21, along with fellow Christian Climate Action member James Staff, 19, also took to the podium and said: "It breaks Gods heart to see this happen...he really hates it." 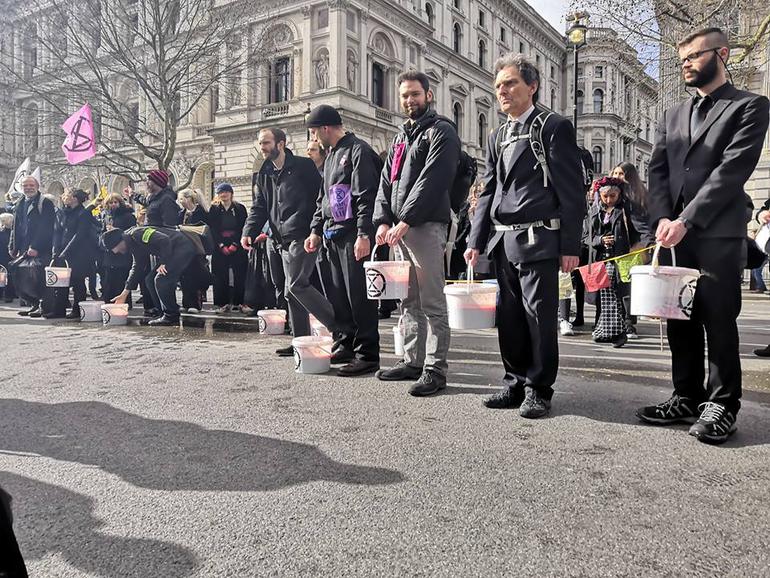 Protests in other town across the UK were also held by members of Christian Climate Action, which are one of a number of groups taking part in the Extinction Rebellion.

Police arrested 14 Extinction Rebellion activists who were protesting at an oil industry dinner at the National Museum of Scotland in Edinburgh on Friday.

The group have declared they are prepared to be arrested to "smash the patriarchy - save the planet". 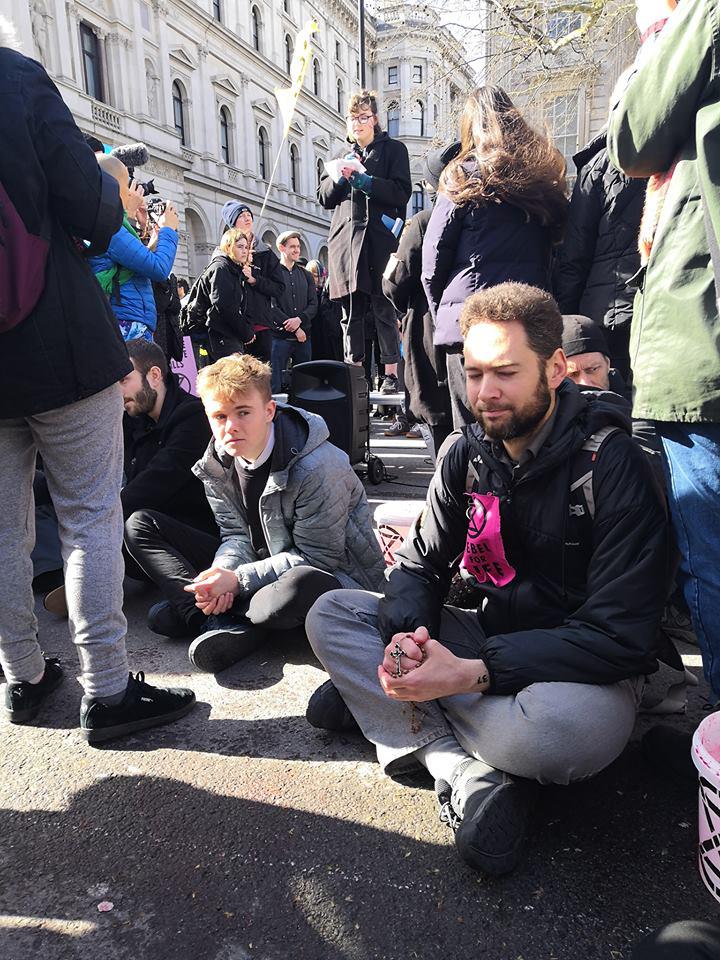 They believe the Government "must tell the truth about the climate and wider ecological emergency, reverse inconsistent policies and work alongside the media to communicate with citizens".

A demand that the Government enact legally binding policy measures to reduce carbon emissions to net zero by 2025 and reduce consumption levels has also been made.