Prayers have been said at the site of the Bangkok terror attack as police continue to hunt the group responsible for Monday's bomb.

Doves were released into the sky at the shrine, after a multi-religious prayer ceremony attended by Christian, Buddhist, Hindu, Sikh and Muslim representatives. 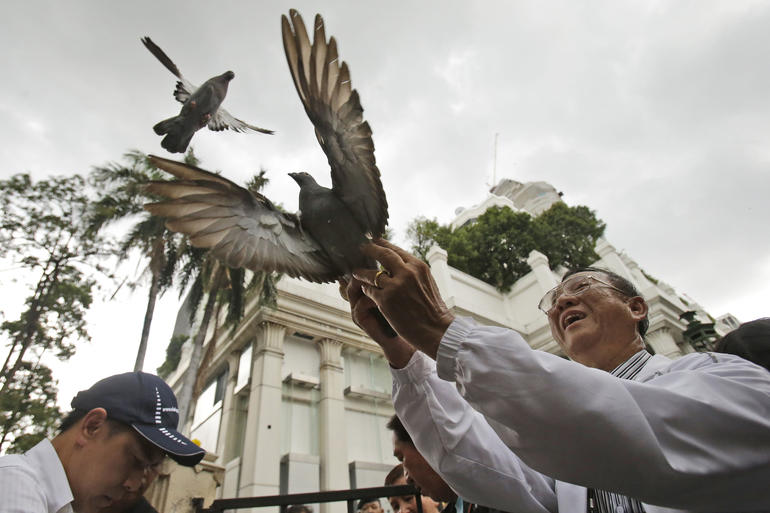 Office worker Pratuang Limkul was among many Bangkok residents who also came to pay respects.

"I came to send the spirits of those in this place to rest in peace," she said, after kneeling in prayer.

Thai police are continuing to hunt for the bomber that left 20 people dead.

Prime minister Prayuth Chan-ocha said he had received offers of assistance from the US embassy in Bangkok and had assigned his deputy "to co-operate on borrowing equipment that includes facial recognition technology". 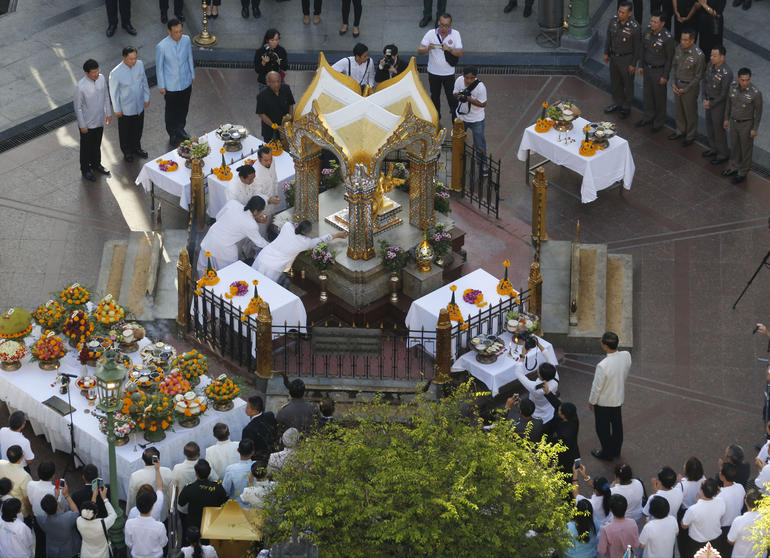 Mr Prayuth, however, ruled out working with US investigators, insisting Thais can do the job. "It won't be necessary to co-operate on the investigation with US officers," Mr Prayuth told reporters. "We need to help ourselves."

Four days after the explosion at the revered Erawan Shrine, at one of the capital's busiest intersections, there were few solid leads into the perpetrators of the attack that also left more than 120 injured. 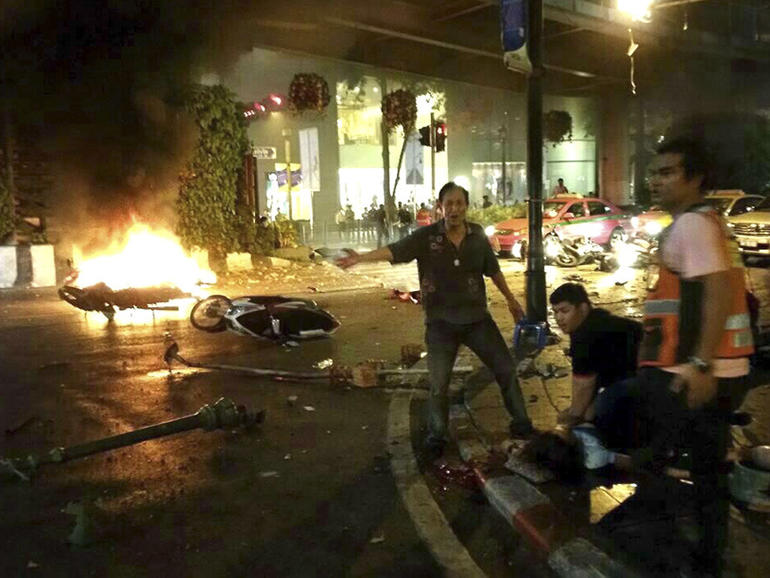 Police are still searching for the prime suspect seen in a security video dropping off a backpack near a bench at the site about 15 minutes before the blast, a day after clearing two other men seen in the video who were initially believed to be suspects.

National police chief Somyot Poompanmoung told reporters that police were looking for a woman wearing a black shirt who appeared in the footage, seated near the suspect. He noted she was not considered a suspect but could have valuable witness evidence, if police could find her.

"We don't even know who she is," Mr Somyot said. When asked if any persons of interest would be called in on Friday, he said: "No."