A Christian has sought advice from lawyers after he was ordered down from a ladder he was using to address crowds in central London.

Jay Smith was debating with Muslim Mohammed Hijab at Speakers' Corner in Hyde Park when police told them both to get down.

Following the incident last Sunday, the 64 year old - who founded the Pfander Centre for Apologetics - complained to the Metropolitan Police.

In a letter seen by the Sunday Times, he wrote: "Without ladders or platforms on which the speakers can speak, and be seen and heard... there is no more Speakers' Corner..." 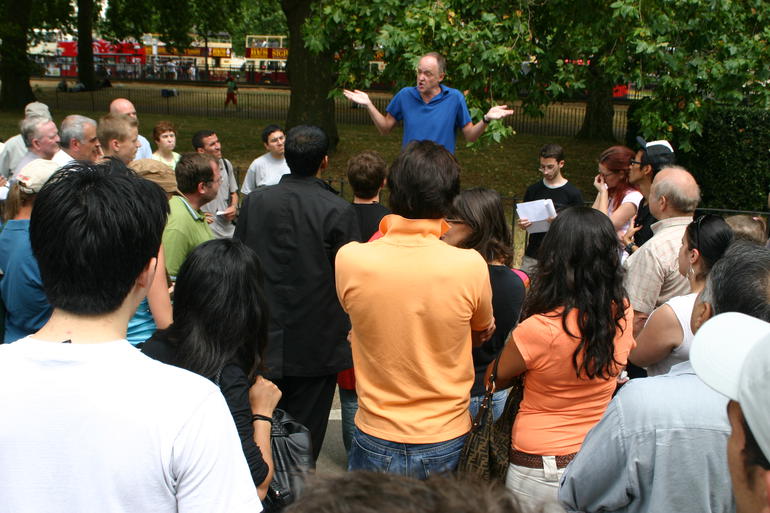 He also warned the venue "will quickly turn into a discussion venue alone, which can be replicated at any other corner or park in the city."

Video emerged of police ordering Mr Smith and six other speakers down from their platforms, saying no steps or chairs were allowed.

The Metropolitan Police subsequently told the newspaper that officers intervened following news of an assault on a speaker in March.

The force was quoted as saying: "Further discussions have taken place around the use of ladders this week and it has been agreed that two-step ladders can be used if it's safe to do so."

Famous figures including co-author of the Communist Manifesto Karl Marx, founder of the British Union of Fascists Max Mosley and Neil Kinnock have addressed crowds from Speakers' Corner over the years.

Nevertheless, Mr Smith - who has spent a quarter of a century debating with Muslims issues such as the historical evidence supporting the Quran - has contacted the Christian Legal Centre.

He told the Sunday Times: "Speakers' Corner, the only place in London where ladders are permitted to be used, will... quickly become just another venue where no one can be heard or seen."