A pastoral assistant has been sacked by her school after she raised concerns about lessons promoting the acceptance of same-sex relationships.

Kristie Higgs, 43, was accused by bosses at Farmor's School of making homophobic comments on her personal Facebook page, after she questioned sex education lessons at her own child's primary school.

She said she had legitimate concerns over new Government guidance on sex and relationship lessons, however she was told her claim that children at the school were being indoctrinated, amounted to homophobia.

The posts by the Christian mother-of two were only visible to her friends.

Roger Kiska from the Christian Legal Centre, which is supporting her, told Premier her dismissal, was grossly unfair.

"Losing your job for gross misconduct - which is really the worst black eye you can have, as far as employment - that suggests that you've committed fraud or done something incredibly egregious - it makes you almost unemployable.

"So this is obviously taking a tremendous toll on her."

The first post shared began with her writing in capital letters "please read this they are brainwashing our children!" 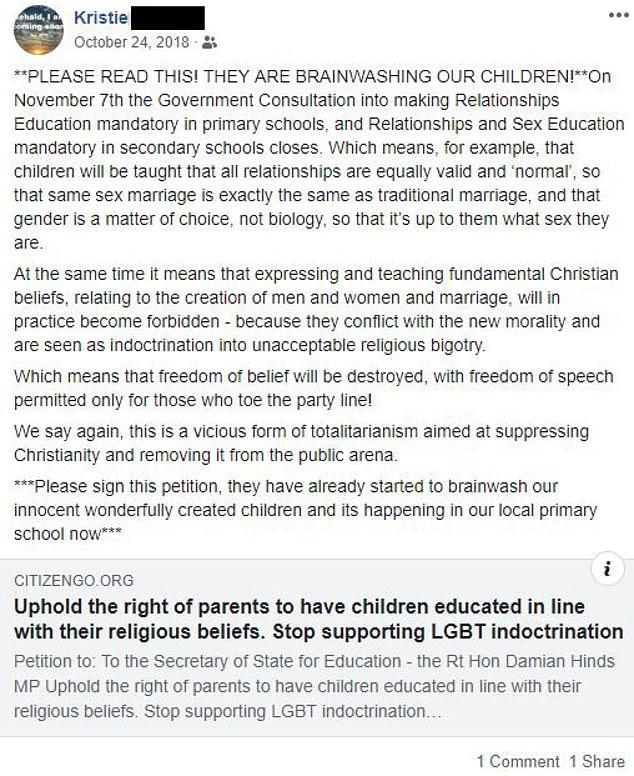 She then went on to urge people to "please sign this petition, they have already started to brainwash our innocent wonderfully created children and it's happening in our local primary school now".

The rest of the post, written by another mother, highlighted that a government consultation on whether to make relationships and sex education mandatory for children as young as four was coming to a close.

It also called on readers to sign a nationwide petition - that already has 115,000 signatures, to call on the government to uphold the rights of parents to have their children educated in line with their religious beliefs.

Kiska told Premier that Higgs will fight her dismissal. 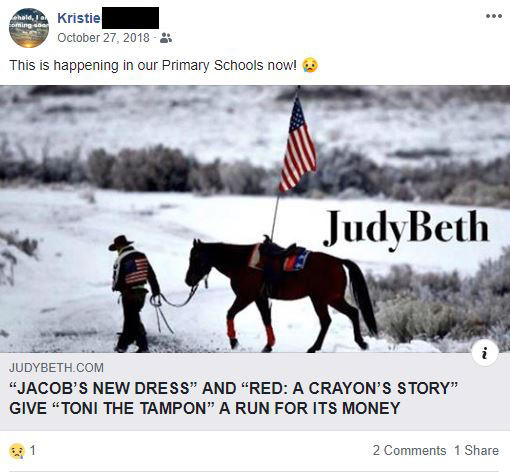 "She basically was just linking to articles about what's being taught in schools and that's something we should be concerned about and in an inclusive, tolerant society, it's sad that people are getting fired for expressing not just Christian beliefs but safeguarding beliefs about kids," he said.

"She'll go to an employment tribunal now, where she will make a claim for wrongful dismissal.