Christian lawyers: Alfie Evans has been granted Italian citizenship in bid to save him

Christian lawyers representing the parents of terminally-ill Alfie Evans have revealed the toddler has been granted Italian citizenship, in a bid to c

However, a High Court judge has dismissed a "last-ditch appeal" by the parents.

Alfie's parents, Tom Evans and Kate James, who are both in their early 20s and from Liverpool, asked for a delay to give them time to mount a further challenge.

But the judge has refused their application and given doctors the go-ahead to stop treatment and bring Alfie's life to an end.

Mr Justice Hayden analysed issues at a hearing in the Family Division of the High Court late on Monday.

He gave lawyers permission to release a recording of the hearing to the Press Association.

All previous hearings in the case have been staged in public.

Alfie's parents want treatment to continue and want to fly him to a hospital in Rome. 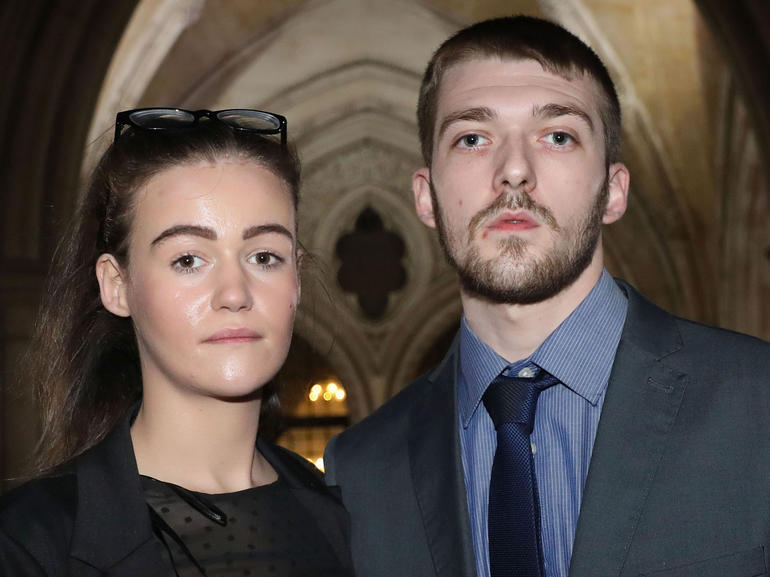 Barrister Paul Diamond, who represents the couple, told the judge that Alfie had been granted Italian citizenship on Monday.

He said an Italian government representative wanted to intervene in the case and asked for more time.

Mr Diamond said there was now an "international relations element" to the case.

But Michael Mylonas QC, who leads Alder Hey's team, said any granting of Italian citizenship made no difference.

He said there could be "no possible suggestion" that English courts did not have jurisdiction.

Sophia Roper, who represents Alfie and takes instructions from a court-appointed guardian, agreed with Mr Mylonas.

She said she was not "completely satisfied" that Alfie had been granted Italian citizenship.

But she said any granting of Italian citizenship seemed designed to "frustrate" orders made in a British court.

"I am not going to provide more time," he said.

"Alfie is a British citizen, he is undoubtedly habitually resident in the UK. He falls therefore under the jurisdiction of the High Court."

Mr Evans had earlier told journalists that he had "been in touch with the ambassador of Italy".

"My son belongs to Italy," he said. "I love Alfie and I love Kate, I will not give up."

Pope Francis has also expressed support for the couple.

He said in a tweet on Monday: "Moved by the prayers and immense solidarity shown little Alfie Evans, I renew my appeal that the suffering of his parents may be heard and that their desire to seek new forms of treatment may be granted."

At one point on Monday supporters of the family had attempted to storm Alder Hey.

They ran towards the main doors but police blocked their way.

Police remained outside the entrances to the children's hospital throughout the day.

Judges have heard that Alfie, born on May 9 2016, is in a "semi-vegetative state" and has a degenerative neurological condition doctors had not definitively diagnosed.