A Christian lawyer supporting a psychotherapist who says he was stopped from researching reverse gender reassignments have suffered a legal setback.

Paul Diamond's appeal against a decision not to grant a judicial review in the case of James Caspian was rejected by a High Court judge, who ruled it had come too late.

According to the Daily Telegraph, Michael Kent QC also said: "I entirely accept that there are important issues of freedom of expression.

"I just do not accept that, on the facts of this particular case, there is an arguable case made out."

Mr Caspian wanted a judge to examine a decision by staff leading his Master's degree programme at Bath Spa University to block his research proposal.

A psychotherapist who has worked with transgender patients for eight years, he wanted to investigate why some came to regret their transition.

"I felt morally obliged to speak out because people have been telling me they've been harmed."

You can find out more on this story here. https://t.co/hM9NUEW3aq pic.twitter.com/3X8UZcmtqp

But staff blocked his idea, saying it was too "ethically complex" and the subject could prompt "attacks" on the university via social attack by transgender activists.

Mr Caspian said: "I felt morally obliged to speak out because people have been telling me they've been harmed. My profession should do no harm. 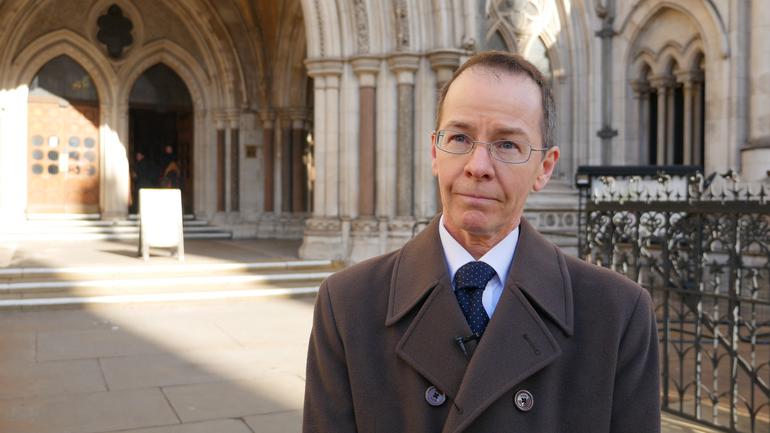 "I have had people who have re-transitioned contacting me and saying they were so traumatised by what they had been through as a result of gender reassignment and reversal, that they didn't want to talk about it. This made me realise how important this research is.

"Furthermore, after I have given transgender awareness trainings about the dangers of reassignment, people have come up to me and said: 'I am glad you said that as I thought I could not say it or even think it.

"Across our society at all levels people are afraid to talk about this issue, despite the immense harm it is causing. This is why I am determined to take this case to the Court of Appeal." His lawyer argued the 59-year-old was a respected and experience expert in the field.

Mr Diamond added: "Research in this complex field is needed as there are pressing social pressures on wider society to commence the procedure of gender realignment.

"There is an atmosphere of fear in the academic community on researching this phenomenon."