Family and friends of murdered sisters Bibaa Henry and Nicole Smallman have gathered at a vigil to remember the two women on what would have been Nicole’s 29th birthday.

Bibaa and Nicole had been celebrating Bibaa’s birthday in the park last June when they were stabbed to death by Danyal Hussein, 19.

Mother Mina Smallman, a retired Church of England cleric, said she wanted the vigil to be a celebration of her daughters’ lives and the proceedings kicked off with Brent North MP Barry Gardiner singing Amazing Grace. 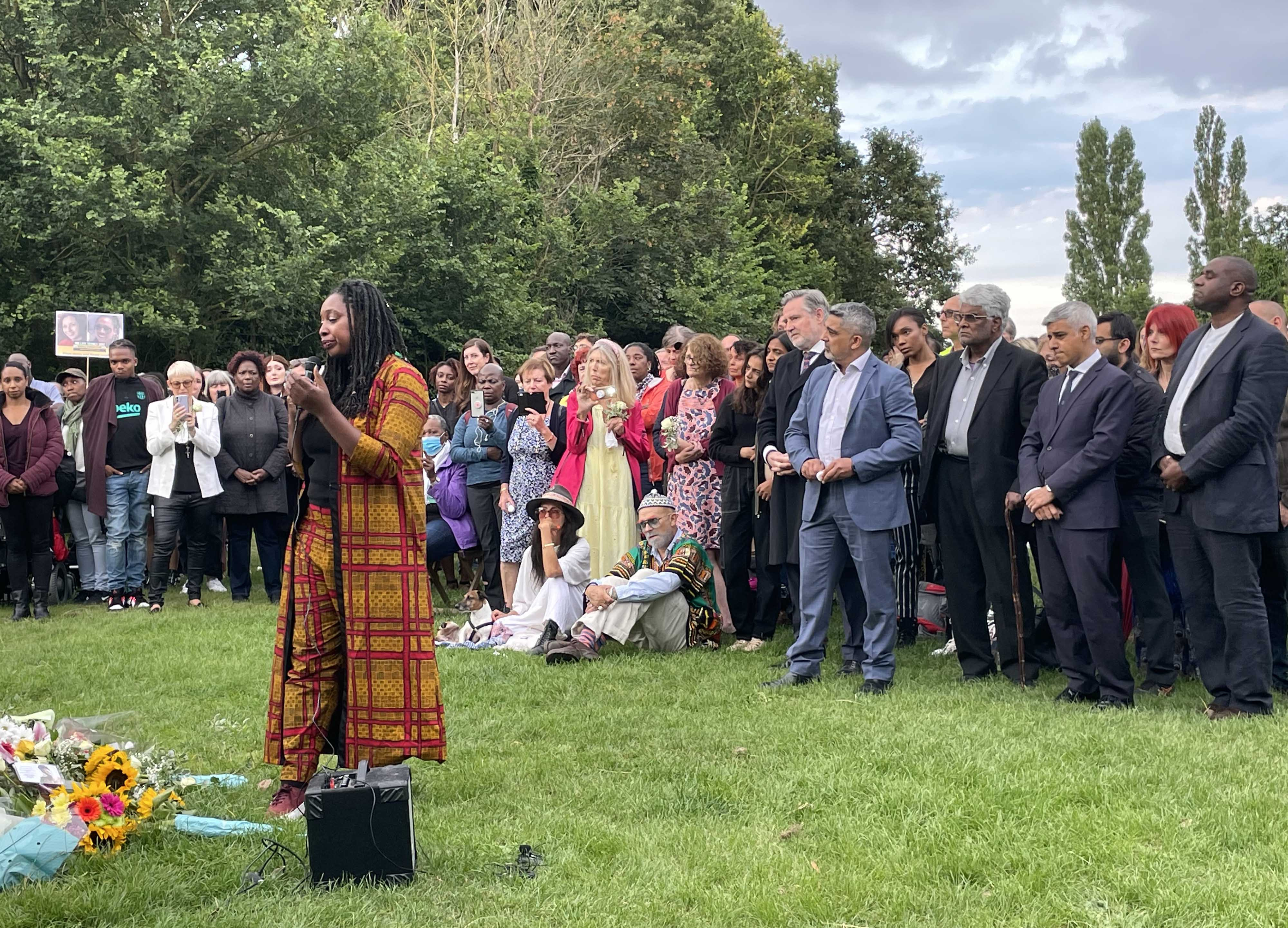 In a speech to the gathered crowds, Ms Smallman said: “As a teacher and a priest I have given my life over to raising boys and girls that people looked down on and didn’t think that they could be anybody. Now I’m doing it for my girls and I’m doing it for every one of the girls here.

“I am so tired of old, grey, boring white men telling us how to live our lives.

“You know nothing changes because they still have the power, they still call the shots.

“We haven’t really gone through the glass ceiling, they’ve just put a concrete one up. Well, we’re bringing in the bulldozers. We’re calling it out.”

Ms Smallman also criticised the media’s under-reporting of the girls’ disappearance in comparison to the coverage of missing white people.

The vigil, which was organised by Reclaim These Streets, was also attended by Mayor of London, Sadiq Khan, and MPs Dawn Butler and David Lammy.

Steve Selley, a family friend of Ms Smallman, told the PA News Agency of the support shown at the vigil: “This is exactly what it should have been like at the start. Exactly where we are today with this now should have been done last year and that’s what hurts.”

Leonie Selley, who knew the family, said: “It’s nice to see so many people here. For us, it feels nice that we can have a celebration now because as this happened during Covid, it didn’t get the attention it deserves.

“It has to be uplifting. They have to have this to push them through this. It has to be positive because otherwise it would be awful.”

After a prayer for the girls, music was played featuring the Eurythmics’ Sisters Are Doin’ It For Themselves and attendees left candles, bouquets and placards.

David Young-Phombeah, from north-west London, attended the vigil to show his support.

He said: “My sister lives right next to the park, five minutes from where this tragic event took place. For me it just really hit home.

“There were hundreds of people here every day last year during the heatwave. As I’m local, and I’m a proper Londoner, I felt very touched by it.”