A Christian environmentalist was arrested on Wednesday at a climate change protest in London.

Nick Cooper, a shoemaker and Catholic, locked himself to a gate outside the Palace of Westminster as part of the 'Extinction Rebellion', which gathered around 400 people in Parliament Square to demand that the government take more urgent action to tackle climate change.

Before his arrest, Nick said: "I came today to lend my body to the Extinction Rebellion and defend God's creation which we are crucifying with climate change. We are called to follow God's law even when it means breaking the laws of our time and place."

Nick is one of around five people who have been arrested. 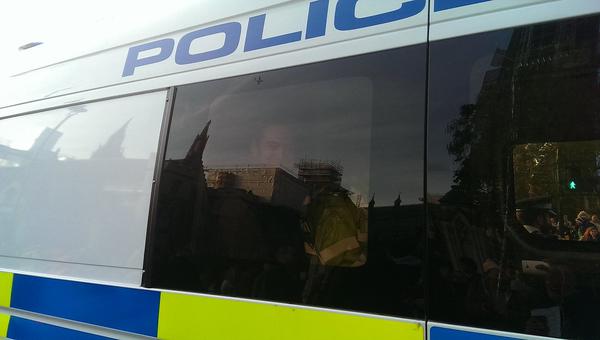 Those attending the event blocked the road outside Westminster for around three hours.

11 members of Christian Climate Action where present, one of whom is Phil Kingston, a man in his 80s, who was led away by the police without being arrested after lying in the road for several hours. 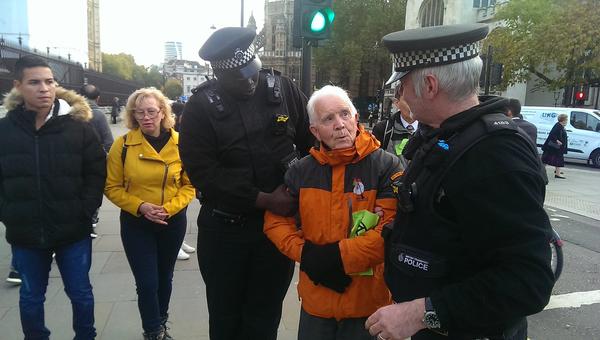 Phil said: "The current path of climate breakdown presents enormous dangers. None of the main political parties are responding with the level of ambition which is essential if we are to respond with the necessary commitment and sacrifice.'

The Extinction Rebellion crowd wanted the UK to declare a state of emergency around climate change, to create a zero carbon economy by 2025 and form a national assembly to decide what a zero carbon future would look like.

The DECLARATION OF REBELLION against the criminal inaction of the UK government on #ClimateBreakdown has just been made.#ExtinctionRebellion pic.twitter.com/g81w0DL3Dv


They say that if the government does not agree to these demands by 12th November 'the rebellion will begin'.