Christian Aid has welcomed new UK government funding that will help restore Amazon rainforest region after ravaging wildfires, but wants to be ensured the rainf

Boris Johnson has promised £10 million to help protect the Amazon rainforest and called on world leaders to step up efforts to save endangered species.

The funding for the South American rainforest will be made available immediately to protect and restore the habitat, including in areas affected by the current fires.

The Prime Minister will use the G7 summit in Biarritz to call for ambitious new targets to halt and reverse the loss of habitats and species, arguing that efforts to protect biodiversity and tackle climate change are "two sides of the same coin".

Commenting on the announcement, Christian Aid's Bolivia country manager Emma Donlan said:"While we welcome the announcement of a £10 million increase in funding to step up efforts to protect and restore the Amazon rainforest region, we would urge the UK government to ensure it is spent in a way that both fully supports the people of the Amazon and fully involves them in the process.

"This process must be led by the very people who are most affected." 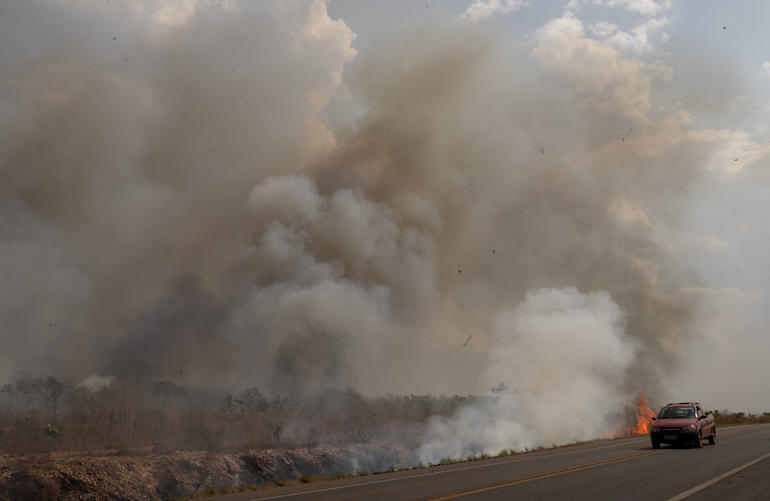 Fire consumes a field along the BR 070 highway near Cuiaba, Mato Grosso state, Brazil, Sunday, Aug. 25, 2019. Experts say most of the fires are set by farmers or ranchers clearing existing farmland, but the same monitoring agency has reported a sharp increase in deforestation this year as well.

Other leaders of the Group of Seven nations have said they are preparing to help too.

French President Emmanuel Macron said the summit leaders were nearing an agreement on how to support Brazil and said the agreement would involve both technical and financial mechanisms "so that we can help them in the most effective way possible."

"As the G7 concludes its meeting, the time is now to stop talking and start taking the urgent action needed to save our planet," Dolan added.

"We would urge world leaders, including UK Prime Minister Boris Johnson, to lead the way in calling for urgent action to protect vulnerable communities, who are in most immediate danger as a result of these fires, and have for years been on the frontline of protecting and defending this fragile ecosystem against destructive policies and practices in the forests."

Meanwhile, the pope has added his voice to concerns over fires in Amazon rainforest. 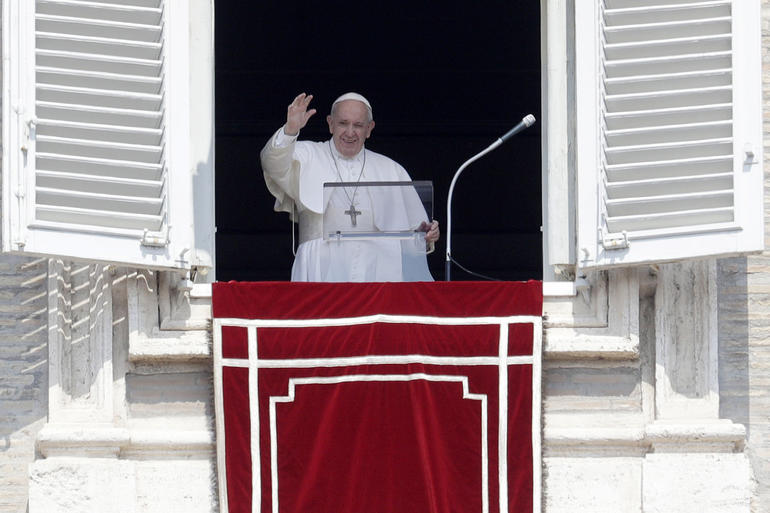 Pope Francis waves to faithful during the Angelus noon prayer in St. Peter's Square at the Vatican, Sunday, Aug. 25, 2019.

Pope Francis has said the Amazon rainforest is vital for the Earth as he called for prayers that fires in the area are quickly controlled.

Francis added his voice to the chorus of international concern that the blazes in Brazil will have grave repercussions on the world's environmental health.

The pontiff, who is from the neighbouring South American nation of Argentina, told the public at St Peter's Square that "we're all worried" about the vast Amazon fires.

He warned that the green "lung of forest is vital for our planet."

Francis said "let us pray so that, with the efforts of all, they are controlled as quickly as possible".

The blazes have sparked anti-government protests in Brazil.