The leader of Catholics and England and Wales says the Church is concerned about the level of intolerance in Britain.

Cardinal Vincent Nichols told Premier the migrant crisis and Brexit were two of the main focuses at a meeting of Bishops earlier this week.

"Clearly one of our concerns was the way in which an instinctive compassion and welcome is corroded by fear and history in different parts of Europe," he said.

Cardinal Nichols told Premier the migrant situation was the "crisis of our times".

He said: "We were concerned about the levels of intolerance, attitudes hardening and attitudes of exclusion.

"It's the fostering of a climate of fear that actually makes finding solutions more difficult.

"I believe too the constant repetition of the dangers and the risks of refugees and the constant putting into the public sphere of fear actually masks a far deeper level of compassion that exists among many, many people in this country." 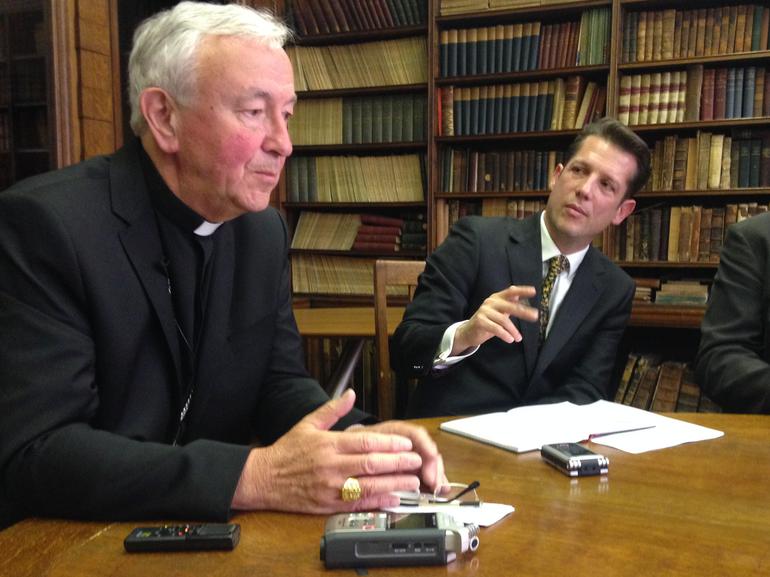 He suggested some elements of the media were responsible for publishing stories with the intention of stirring up hatred and fear.

Asked by Premier if he had taken steps to meet with those news editors he blamed for this he replied: "I hadn't, but maybe that's an idea that we might follow up. I have expressed that view more than once so I think it's a view that is known and I will keep on expressing it.

"I think sometimes media coverage betrays the best of the British sprit rather than reflects it.

"I think when leadership in any sphere focuses on fear as its main inspiration then I think that's poor leadership.

"Good leadership appeals to what's best not to what's worst."

The cardinal also warned the circumstances for poor people in Britain will "probably worsen" in the wake of Brexit.

The effects of leaving the EU will be felt "most keenly at the bottom end of the economic ladders".

The clergyman was giving a press conference days after meeting with all the Church's bishops in England and Wales and ahead of a trip to Rome to meet the world's cardinals.

He said he was "sure" the election of Donald Trump as president would come up.

"The difference of the rhetoric of a campaign and the realities of an administration," were discussed by English and Welsh bishops he added.