Birgitte, Her Royal Highness the Duchess of Gloucester, attended the concert within the ballroom of the royal residence in central London.

The event highlighted the work of Aid to the Church in Need (ACN), a Catholic charity supporting believers living under pressure for their faith around the world - particularly in the Middle East.

UK National Director, Neville Kyrke-Smith said: "This concert is a great sign of support, not just for Christians in the Middle East, but for all communities who are trying to rebuild and who want to deepen bonds of trust and understanding."

The two choirs also performed at an Evensong service led by Canon Paul Wright, Sub-Dean for Her Majesty's Chapels Royal at the Chapel Royal of St James's Palace. 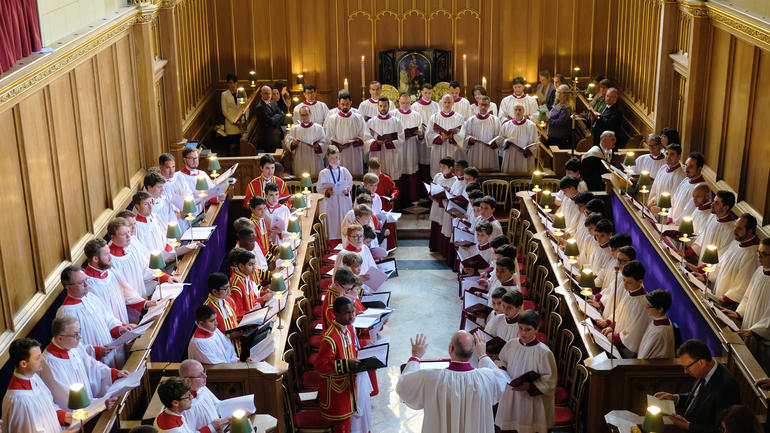 ACN has been helping support 120,000 Christians and other communities forced out of the Iraqi areas of Ninevah and Mosul by Islamic State (IS).

With IS now driven out of those places, the charity is focused on helping families return to their homes - by rebuilding houses, churches and clinics.

In neighbouring Syria, ACN has been offering emergency and pastoral help to families in areas worst affected by violence - including Damascus, Aleppo and Homs.