Rt Rev Sarah Mullally gave the address at a service marking 100 years of women serving in the Metropolitan Police on Friday.

In 1919 women appeared in police uniforms for the first time at a service, also at Westminster Abbey, to remember the police officers who had died in the First World War.

To mirror this, around 2,000 serving and retired police staff attended the thanksgiving service at the Abbey to reflect on the achievements and sacrifices female officers have made since.

The Bishop of London spoke at the service about the changes women have seen in the last century in both the church and the police force and praised the role women have played in the Met Police.

Bishop Sarah used the analogy of the body, found in 1 Corinthians to describe the church, to describe society: "In the bible, the image of the body is used for the community of the church, but it does well for the wider community. The body is made up of many parts, all are interdependent but not the same - each part has a different role to play.

"Without one part of the body, the whole suffers. The image reminds us that each part of the body needs to be motivated by charitable love, seeking the health of the body rather than one's own glory - there is no more excellent way.

A service at Westminster Abbey was also held, marking a centenary of police women in the Metropolitan Police Service.
The unique event was designed to echo a similar service 100 years ago, which saw the first appearance in public of female Met officers in uniform #100YearsStrong pic.twitter.com/pSYOSHSnsA

She drew comparisons with the police, education and the Church, saying: "We should celebrate how progressive the Met has become. In 1918 only some women over 30 could vote; they could not practice law until a year later; Cambridge University didn't allow women to fully graduate until some 29 years after that; and, in the Church of England, women could not be priests until 75 years later, or bishops until 2014." 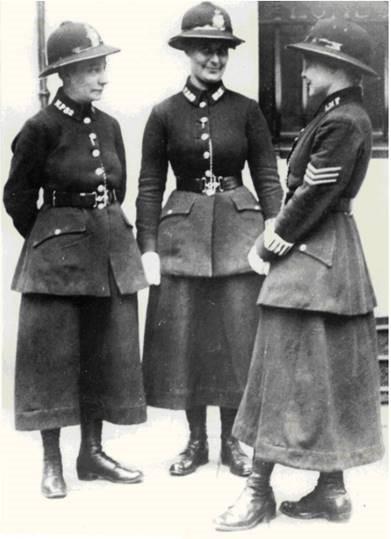 Bishop Sarah explained how women in the police force were initially called 'Women patrols', were employed on an 'experiemental' basis and had to buy their own uniform from Harrods.

She then added her condolences for Jane Arbuthnot and Yvonne Fletcher who died in the course of their duties, saying: "Jesus said, "This is my commandment, that you love one another as I have loved you. No one has greater love than this, to lay down one's life for one's friends.

"Let us celebrate the policewomen of yesterday and those of today and in doing so I will continue to pray for you."

100 years on, we're celebrating the pioneering Met women in a historical event. Follow #100YearsStrong tomorrow to see the highlights from a service at Westminster Abbey which will echo events of a century ago and pay tribute to our inspirational women of the past and present pic.twitter.com/Bkb87ZVnkS