The Bishop of Stepney has joined other faith leaders in attending a vigil held after a suspected terror attack in north London early on Monday.

One man was pronounced dead and nine other people were taken to hospital after a man drove a white van into worshippers who had been attending Ramadan night prayers in Finsbury Park.

Speaking last night to crowds outside Finsbury Park Mosque - close to where the incident happened - Rt Rev Adrian Newman said "an attack on one faith is an attack on us all".

Darren Osbourne, a 47 year old man from Cardiff thought to have four children, has been arrested over the incident and is being questioned.

Chairman of the mosque, Mohammed Kozbar, said during the vigil: "Yesterday we all experienced a horrific attack on our families, on our freedom, on our dignity. 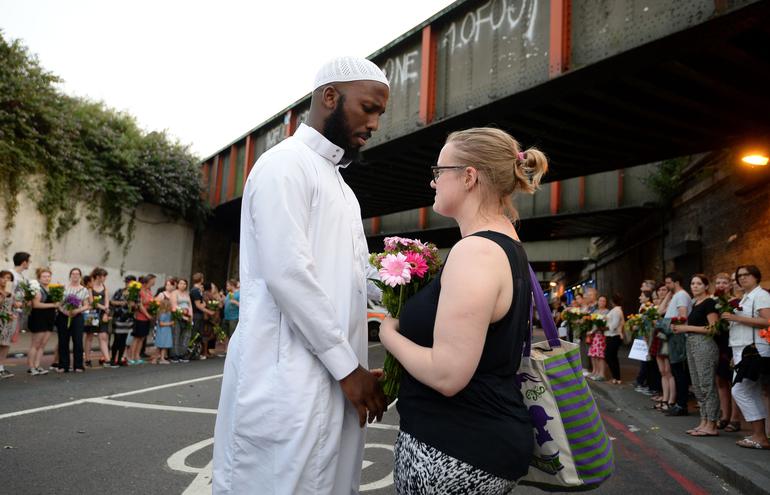 A man, a father of six children, being killed in cold blood and many injured by an extremist, by a terrorist."

A short silence has held during the vigil, which was also attended by Commissioner of the Metropolitan Police, Cressida Dick.

Rabbi Herschel Guck said the incident was an attack on "every single Muslim in the UK" but also "every single citizen in Great Britain because we are one nation..."

A Christian women was photographed offering a Muslim man flowers as they gathered near to Finsbury Park Mosque on Monday.

Meanwhile, Scotland Yard has announced extra police patrols will be laid on to offer reassurance to the public and those observing Ramadan.