A statue commemorating Bishop George Bell will go ahead after an independent investigation ruled the latest abuse allegations against him were "unfounded".

Canterbury Cathedral said a planned statue of the former bishop of Chichester, who died in 1958, will be completed and placed in one of the exterior niches in the west end of the building.

Its announcement comes the day after the Church's national safeguarding team published findings of an inquiry which found the latest allegations against Bell were "unfounded".

Bell has been praised for helping to rescue Jewish children from Germany during the Second World War and was a supporter of the German resistance.

"Bishop Bell was dean between 1924 and 1929 and during that time founded The Friends Of Canterbury Cathedral who celebrated their 90th anniversary in 2017.

"To commemorate his work whilst in Canterbury, the statue will be placed in one of the exterior niches at the west end of the Cathedral joining those of other influential figures."

Canterbury Cathedral said work started on the statue in 2015.

But that year the Church paid £15,000 in compensation to a women who claimed she was abused by Bell.

Archbishop of Canterbury Justin Welby welcomed the announcement on Friday. 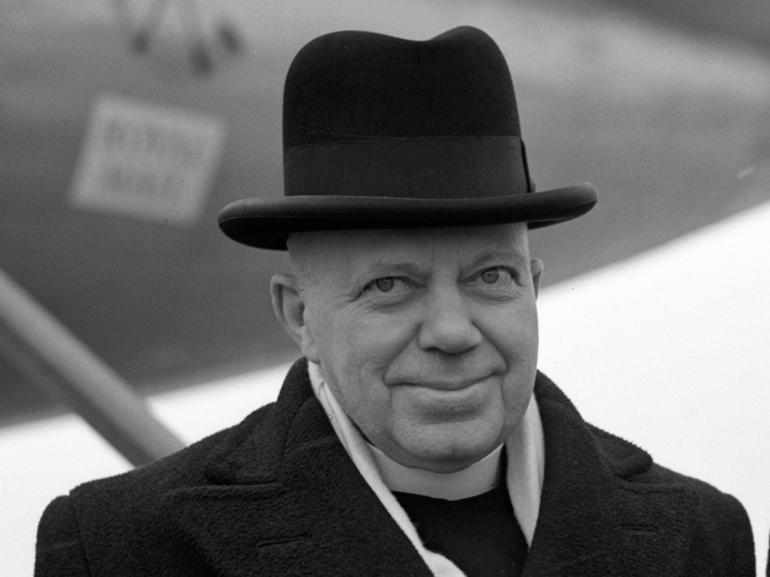 He tweeted: "I warmly welcome the announcement today that the statue of Bishop George Bell will in due course be completed and installed at Canterbury Cathedral, as a permanent reminder of his unique contribution to international peace and to the Church of England."

The latest inquiry was commissioned by the Church and carried out by senior ecclesiastical lawyer Timothy Briden, the vicar general of Canterbury.

It followed the Church of England handing "fresh information" to Sussex Police about Bell in January last year.

In the report, Mr Briden said his finding "excludes any reconsideration of the validity" of original allegations made against Bell and instead focuses only on the fresh information handed to police last year.

He concluded: "Concentrating exclusively upon the allegations remitted to me, I have decided that they are unfounded."

Speaking after the report's publication on Thursday, Mr Welby apologised "unreservedly" for "mistakes" in how the Church of England handled allegations against the former bishop.

Mr Welby said Bell was a "remarkable role model", and added: "I apologise unreservedly for the mistakes made in the process surrounding the handling of the original allegation against Bishop George Bell.