A well-known church leader in Norther Ireland, Pastor James McConnell has died after a long illness at the age of 84.

Pastor McConnell was the founder of Whitewell Metropolitan Tabernacle in Belfast and drew attention in 2015 for a court case around free speech and religious freedom.

Announcing the news, Senior Pastor David Purse said: "It is with profound sadness and indescribable pain that we announce to you this morning that just a short time ago the Lord Jesus called our beloved Pastor McConnell home to glory.

"Having been in hospital now for approximately seven weeks, 'the Bishop', as we affectionately knew and loved him, deteriorated to the point that the hospital, despite their best efforts, could no longer do anything for him other than make him as comfortable as possible," he said.

"To say that we will miss him and are going to miss him is a massive understatement. So, so, so, so many people owe so much to him as the man who introduced them to our great saviour the Lord Jesus.

"However, we comfort ourselves with the knowledge this morning that he is absent from the body to be present with the Lord and we shall undoubtedly see him again at the resurrection when the Lord Jesus comes with all his majesty, glory and splendour."

He encouraged the congregation to pray for the pastor's family.

Politicians from the DUP have also been paying tribute, including the party leader Sir Jeffrey Donaldson, who said: "Pastor James McConnell touched lives around the world. Bringing the good news of the gospel and leading a ministry which personified the parable of the Good Samaritan. My sympathies go to his family and friends who will feel his passing most dearly."

First Minister Paul Givan said: "It is with sadness we mourn the loss of Pastor James McConnell. A faithful servant of the Lord loved by many. Remembering especially his family and church community."

Pastor McConnell appeared in court in 2015 charged with making "grossly offensive" remarks about Islam during a sermon which was also streamed online. 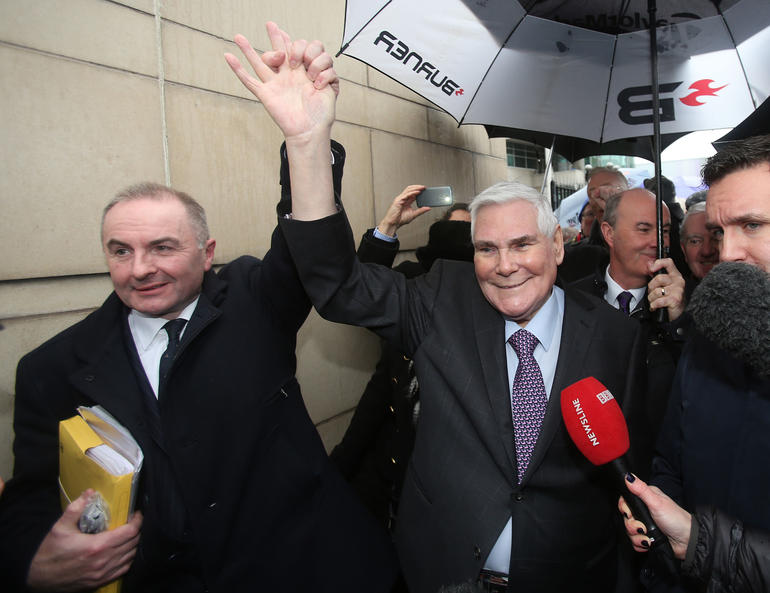 He had described Islam as "heathen" and "satanic". After a trial, he was acquitted. Delivering his verdict, District Judge Liam McNally said at the time: "The courts need to be very careful not to criminalise speech which, however contemptible, is no more than offensive. It is not the task of the criminal law to censor offensive utterances."

Several hundred Christian supporters attended each day of the hearing to show solidarity with Pastor McConnell.